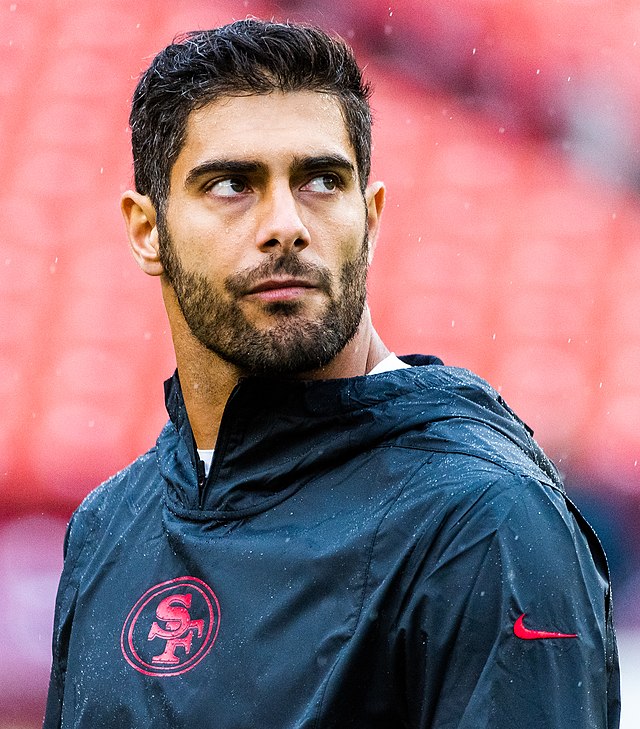 Who is the best QB trade target for the Detroit Lions?

The Detroit Lions understand that Rome wasn’t built in a day, but they shouldn’t be too patient with growing their team. They should acknowledge that it isn’t best to keep Jared Goff placed in the driver’s seat (also known as QB1) forever. With that said, I’m going to simply untwine five quarterbacks that are logical trade targets for the Lions at this point in time.

The 49ers veteran signal-caller, Jimmy Garoppolo, has been stuck in Alcatraz this off-season. Jimmy G will likely be traded prior to the trade deadline, but it’s unclear which team will acquire the former Patriots QB. Per SI, the Bucs have “real interest” in acquiring Jimmy G to return as “the heir to Tom Brady”. I believe the Lions, who certainly have more attractive draft compensation, could outbid the Brady bunch for Garoppolo’s services.

I believe Ryan Tannehill may not be the sexiest QB trade option, but he is a step above Goff in my opinion (33 passing touchdowns in a slightly above-talented offense in 2020). The Lions also wouldn’t have to break the bank for Tanny. The Indianapolis Colts brought in the 37-year-old Matt Ryan to help the Colts win a Super Bowl. The Lions may opt to push out Goff and acquire the somewhat old (33-year-old) Titans QB that may be replaced by Malik Willis soon.

Daniel Jones has been in a brutal position since his first game as a rookie. Danny Dimes flashed greatness as a pocket passer in his first season, but he hasn’t been able to find consistent, success. To be fair, he has often been behind a dreadful offensive line in each phase of his career. Furthermore, he has missed Saquon Barkley far too often. The 25-year-old that is a UFA still might be a fantastic value pickup for the Lions.

Minshew Mania could honestly be the most underrated QB2 in the NFL. I love his competitive fire and floor, but he might not have the most exciting ceiling. He doesn’t possess the same arm talent as Jimmy G or Minshew, but I believe he can be an upgrade over the recent displays by Goff (20 TDs in 2020 and 19 TDs in 2021). He would certainly be less expensive than the 49ers QB, too.

Taysom Hill isn’t Steve Young, but he does absolutely have starting potential at the QB position. I understand that Jameis Winston is better than Hill, but it doesn’t mean that Hill can’t be a starter elsewhere. Hill is penciled in as a “joker” on the Dennis Allen-led team, but the Lions (and Hill’s friend in Dan Campbell) should dig up the cost of his services and potentially insert him as the new QB. If a 2023 rookie edges him out as the Lions starting QB, Campbell would still know how to utilize him as a pass catcher and occasional QB.