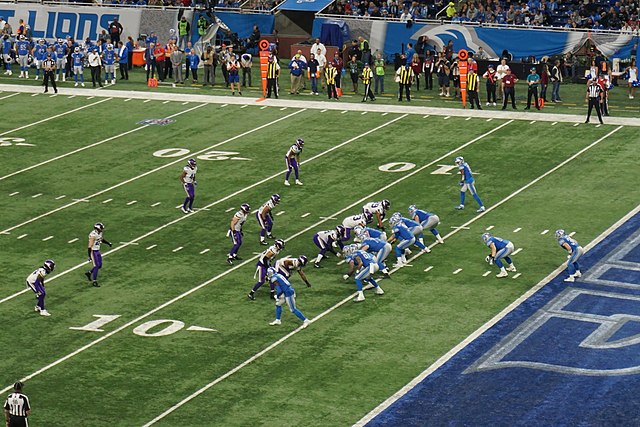 What is the Lions offensive line outlook in 2022?

The Detroit Lions offensive line is quietly a bright spot on the rebuilding Lions team. PFF ranked the Lions offensive line as the 13th best OL at the eclipse of the 2021 season. I really expect the Lions to showcase a Top-10 offensive line in the 2022 season. Sewell garnered a 77.0 grade by PFF last season and I definitely foresee him taking the next in 2022 – which should result in him having a trip to Hawaii.

The blind-side OT, Taylor Decker, will need to be a vital force in 2022. Decker had a 75.5 grade (with only 2 sacks allowed) by PFF a season ago. He missed eight contests last season, but he is finally healthy and ready to prove that he and Sewell are cream of a crop OT tandem.

Jonah Jackson made his first Pro Bowl in 2021 while registering a 69.3 grade by PFF. Jackson’s impact has been recognized by higher forces, such as Cynthia Frelund of NFL.com. She listed Jackson as the most underappreciated player on the Lions roster. Michael Renner of PFF also dubbed Jackson as one of his “Top 10 year three breakout candidates in 2022”.

Frank Ragnow, who is the most proven OL, is expected to be a rockstar once again. He had 0 sacks allowed, 0 penalties, and impressively notched an 86.7 grade by PFF. Ben Linsey of PFF also has Ragnow as the third-best center. Ragnow made the Pro Bowl in 2020, but he sadly missed 12 games last season. It’s crystal clear that health has been an Achilles heel for many members of the Lions OL. If the leader Ragnarok Ragnow and his fellow teammates stay healthy, they could absolutely have a Top-5 OL next season.