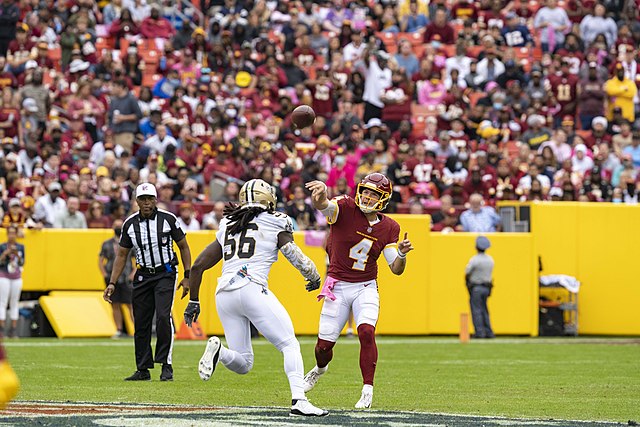 Who will win Coach of the Year?

The New Orleans Saints head coach Dennis Allen is out for blood in his second stint as a head coach. With that said, I’m going to simply untwine three reasons why the Sean Payton disciple could even win Coach of the Year in 2022.

The Drew Brees-less Saints didn’t make the playoffs last season, but I really believe the Saints will have a significant turnaround and three to four more victories than the 2021 season. I expect a healthy Jameis Winston and a highly motivated Michael Thomas to wreak havoc against opponents on a frequent basis. Kev Stefanski was COTY in 2020 for leading the Browns to 11 wins in 2020 — after CLE had a mere six victories in 2019. I believe Allen will receive a lot of buzz after jolting the Saints team in 2022.

I recently wrote about why the Buccaneers could *finally* beat the Saints next season. Although, the Saints still have the upper hand at this point in time. It should be noted that DA caught a lot of attraction for shutting out TB12 in their last match-up. If the Saints can have a successful season, while ousting a dominant victory (or two) against the Bucs, there should be very high praise for the Saints HC.

Allen’s baby is clearly the defense — as he plans to retain play-calling. I expect the Saints defense to be a Top-3 unit and they could potentially be the utmost best defense next season. Allen will garner heaps of glory for pressing the right buttons with a Saints defense that added the Honey Badger this off-season. Marshon Lattimore, Mathieu, Demario Davis, and Cameron Jordan will delight in dismantling under Allen opponents moving forward.