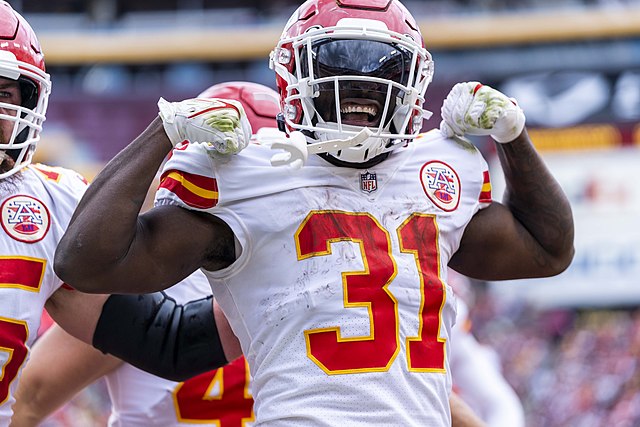 What is the Chiefs running back outlook?

The Kansas City Chiefs possess a greek god-like quarterback in Patrick Mahomes, but it shouldn’t overshadow their other talent in the backfield. They have a superb running back duo with Clyde Edwards-Helaire and Ronald Jones. CEH had a bit of a bumpy sophomore season — as he only accumulated 646 total yards and 6 combined touchdowns. It should be noted that he missed seven games last season. The Chiefs 2021 first round pick garnered a pedestrian 64.3 grade by PFF. He will set his sights on bouncing back and even squashing his rookie statistics (1,100 total yds and 5 total TDs) in 2022.

R-Jo’s best season came in 2020 — where he ran angry for 978 rushing yds (including an 98-yard TD) and 7 rushing TDs. He posted the sixth best RB grade by PFF in the same season. Jones unveiled 428 rushing yds and 4 rushing TDs last season. PFF also gave him an 62.3 grade for his 2021 performance.

The Chiefs will also anticipate production from Jerick McKinnon — as he quietly made an impact for KC in the recent post-season — as he notched 300+ all-purpose yds. Jet signed a one-year deal to return to the Chiefs this off-season. Derrick Gore may be the odd man out, but he could stay on the practice squad. Gore had 256 rushing yards and 105 receiving yards last season.

The Chiefs had the 16th ranked rushing offense last season. They could certainly improve to a Top-10 rushing attack with R-Jo in their mix. A succesful Chiefs rushing attack in 2022 might just pin the Chiefs as Super Bowl LVII favorites.