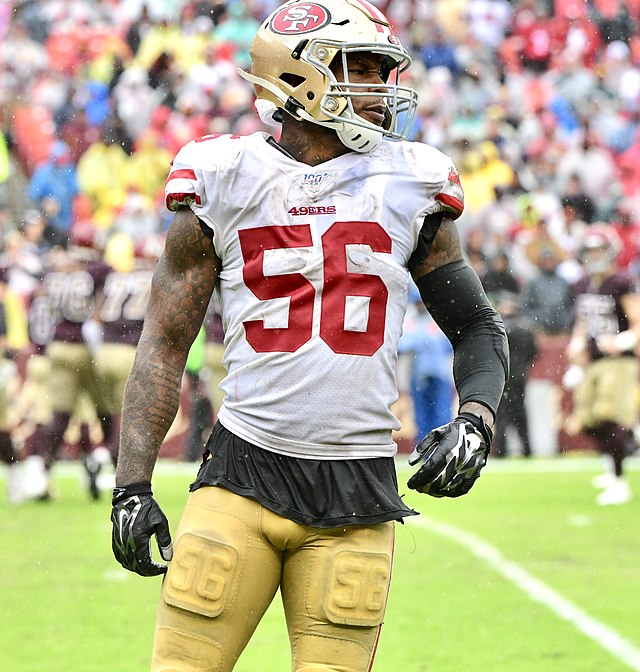 Will the 49ers have the best defense next season?

The 49ers defense was led by the fearless pass rusher Nick Bosa, who ousted 15.5 sacks, 21 TFLs, four forced fumbles, and 32 QB hits. PFF gave Bosa an 88.3 grade for his 2021 performance. It’s safe to say that the younger Bosa brother will seek a hefty contract extension after a potential DPOY-winning season in 2022.

The 49ers defense will also lean on Arik Armstead, Fred Warner, and Charvarius Ward to be star profiles next season. Armstead had 10 sacks in 2019 and six sacks last season, but he is also a huge force against the run. Warner was an All-Pro in 2020 and he was still a stud/Pro Bowl snub last season – as he obtained 137 combined tackles, four pass deflections, one forced fumble, and seven tackles for loss. It was clear that their front seven was quite stingy last season, but they could have certainly benefited from CB help. Well, they will anticipate Ward being a force in his first season in the Bay area. He recorded 2 interceptions, 10 pass deflections, and scored a 65.7 grade by PFF in 2021.

With that enunciated, the ultimate question is: can the 49ers defense that sharped its edges this off-season be the NFL’s top defense next season?

I honestly peg the Rams defense, the Saints defense and the Bills defense as the best three defenses next season. The Rams GM Les Snead managed to get Bobby Wagner in the same front seven as a Top-3 defensive player of all time in Aaron Donald. I love the Saints addition of Tyrann Mathieu and I also believe Marcus Davenport could be an All-Pro player if he stays healthy. Of course, the Bills defense (which ranked number one last season) should witness lots of glory from the future Hall of Famer Von Miller.

I really like the 49ers direction on defense with an ascending hulk-like pass rusher in Bosa and their slightly more talented secondary (which had growing pains last season) than in 2021. The 49ers have a Top-3 front seven in my opinion, but their secondary isn’t quite up to speed. They should be a Top-8 defense next season and potentially a Top-5 defense, but I’m not convinced they can be the NFL’s top defense in 2022.