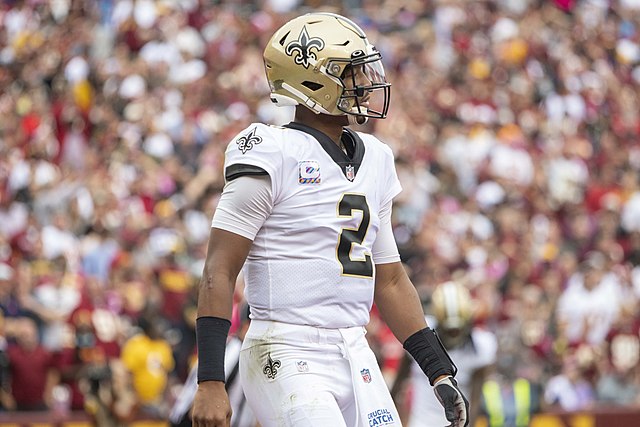 Who is the most underrated NFL team?

Every NFL season seems to have a couple of teams who fly under the radar and achieve things that aren’t expected in September. The Cincinnati Bengals and San Francisco 49ers last year are great examples of this. Nobody expected them to be miserable, but did we expect them to be playing in the Super Bowl, and in the Niners’ case, the NFC Championship game? No. But the ultimate question is: who can do that this year? Here are three teams to look out for this season.

Miami has a new coach, better weapons, and the same defense they had last year, a season where they went 9-8, finishing 3rd in the AFC East. Mike McDaniel was brought in as head coach to get the best out of their quarterback, Tua Tagovailoa. He worked with a similar QB in Jimmy Garoppolo in SF last year, if anyone was to do it, it’ll be him. Josh Boyer didn’t lose a single starter on his unit, one that perhaps got even better with the addition of Melvin Ingram as a rotational pass rusher.

On the offensive side of the ball, there were three major issues last season. The biggest of all was the abysmal line, then came the lack of run game and the fact the receiver unit couldn’t stay healthy. All three were addressed this offseason. Both the WR and RB units went under an overhaul, acquiring Tyreek Hill and signing Cedrick Wilson, Raheem Mostert, Chase Edmonds, and Sony Michel. As for the line, Terron Armstead and versatile lineman Connor Williams were then brought in to fix the team’s issues upfront.

The emphasis on speed and YAC should suit Tua to the ground, it already worked with Jaylen Waddle last year, now you’ve got the guy who’s the best in the league at it. If Miami has anything close to a functioning offense, they’ll be playing meaningful games in December and January.

The Raiders are another team with a new head coach and better offensive weapons for their quarterback. They’ve also improved the defense. If the rest of the AFC West hadn’t also made splash moves, the Raiders would be talked about way more often. The only player of significance that they lost was Casey Hayward, who was replaced by Rock Ya-Sin, and then they added to the defense with Chandler Jones who now lines up next to Maxx Crosby to create a pass rush double threat.

Oh and don’t forget the blockbuster trade for Davantae Adams, the best receiver in football, who’s now reunited with his Fresno State teammate, Derek Carr. Watch out for Carr this year, I’m expecting a season on par if not better than his last. Adams should be a big help, he’ll allow the likes of Waller and Renfrow to get open easier. Then there’s Josh McDaniels. His second and probably final chance at being a head coach, we know how talented of a play caller he is, this is his chance to shoiw everyone he can be a HC.

The Raiders went through a lot last year, and stuck together throughout it, proving a lot of people wrong and getting to the wildcard round under interim HC Rich Bisaccia. I feel that this year will be just as, if not more successful, going under the radar once again.

The vibe I get from a lot of people is that the Saints are set to regress without Sean Payton. And while that may be possible, you take a look at the NFC, and they’re one of the best teams in it. I like the new safety tandem of Marcus Maye and Tyrann Mathieu. Marcus Williams will be tough to replace, but Maye is a decent player – I like his chances. Their defense as a whole is stacked, and the continuity with new head coach Dennis Allen will be good for the unit.

If Michael Thomas is back to anywhere near his best on his return this year then that’s huge for a team that struggled without him last year. And if not, the receiver room has been upgraded, after trading up for Chris Olave and signing Jarvis Landry recently. That’s a big improvement on what they went out with last season. Hopefully, the fact that Mark Ingram is with the team all season means that they’re less reliant on Alvin Kamara. He was overworked last year, touching the ball just short of 50 times more than he has before in a season that he missed 4 games. His production was down slightly because of that.

Jameis Winston was looking pretty good before getting hurt last year, but this is his first season without Payton since his famous 30-30 campaign with Tampa Bay. His OC and QB Coach, Pete Carmichael and Ronald Curry remain the same. If his play remains around the same, the Saints will be a wildcard team who can win games in the playoffs come January.