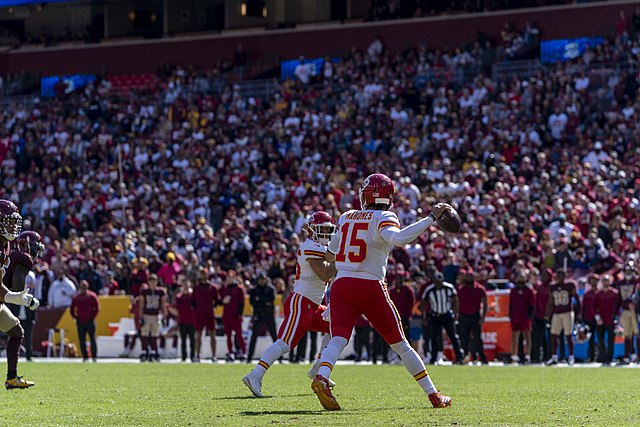 Who will win OROY next season?

The Kansas City Chiefs wide receiver Skyy Moore won the (Willy Wonka or The Polar Express) golden ticket when he was drafted by Big Red and the Kansas City Chiefs. Moore turned on his own jets in the draft process – as he ran a 4.41 40-yard dash in the NFL combine. He doesn’t only have the explosive ability, but he is also a crisp route runner. B/R NFL Scouting Department interestingly compared him to the Seahawks legend, Golden Tate. With that enunciated, I’m going to untwine three reasons why the polarizing Skyy Moore could win OROY next season.

It would be an understatement to say Moore has been sharp this off-season up to this point. Per Chiefs Wire, Mahomes told reporters after Friday’s practice, “Yeah, I think he’s getting more and more trust within the coaching staff and within me — and that just comes with reps”. If Moore can consistently be in-sync w/ his electric ability, the sky is truly the limit for him.

The Chiefs will be playing in a lot of prime-time matchups in 2022. If Mahomes can connect with Moore on a few game-clinching touchdowns, it would be hard to deny the value and glory of the Chiefs rookie WR. Ja’Marr Chase wasn’t an overly consistent threat in 2021, but he did have top-end performances in matchups against the mighty Packers (10, 159 yds, 1) and against the Chiefs (12, 266, 3) last season.