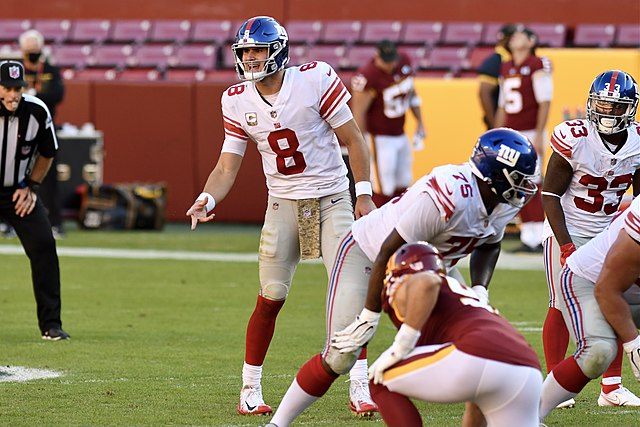 Toney is a fantasy sleeper entering the 2022 season

The New York Giants are being patient with the utterly talented, slightly controversial Kadarius Toney. Toney registered 420 yards (don’t laugh) in 10 games last season. Nonetheless, the Giants first-round pick in 2021 is poised to break out in the Giants offense. The WR that is ranked as the 47th best WR by Fantasy Pros should be a Top 35 WR in my opinion. He will certainly benefit from other areas of the Giants offense improving. For example, the Giants OL has taken monster steps forward this off-season – as they drafted Evan O’Neal and brought in Mark Glowinski and Jon Feliciano in free agency. The Giants pass protection (led by Andrew Thomas) allowed the 16th most sacks last season, but they should do a better job keeping Daniel Jones upright next season.

Of course, there isn’t any denying that Toney will be more dominant with experience. Per Big Blue Review, Toney stated, “I feel like I’m more confident, it’s just about all experience”. He elaborated, “Last year, I was just a rookie coming in kind of young and getting to learn everything. This year, second year, so I had experience on the field, had my ups and downs and I’m just here to be who I am”.

The Giants also moved on from Evan Engram (which may have brought music to the ears of countless Giants fans). Toney should garner more targets with the loss of the explosive (and butter-finger) Evan Engram, who has garnered 109 receptions over the past two seasons combined. The 2022 second-round pick Wan’Dale Robinson shouldn’t quite garner more targets than Toney in his rookie season. In fact, B/R has twice named Robinson a player that could disappoint in 2022. Maurice Moton of B/R recently stated, “Kenny Golladay, Sterling Shepard, Kadarius Toney, and Darius Slayton all figure to be ahead of Slayton of Robinson on the depth chart at wide receiver. Furthermore, running back Saquon Barkley expects to take on a sizable role as a pass-catcher, per CBS Sports Josina Anderson.” Robinson could garner more hope in his sophomore season (as he’s behind Toney in-line).

The Giants rightfully and wholeheartedly retained the gifted second-year WR that has made splash plays in training camp thus far. I, Giants nation, and Spike Lee are ecstatic to see the damage that the second-year Toney is bound to unveil against opponents in a 17-game slate next season.