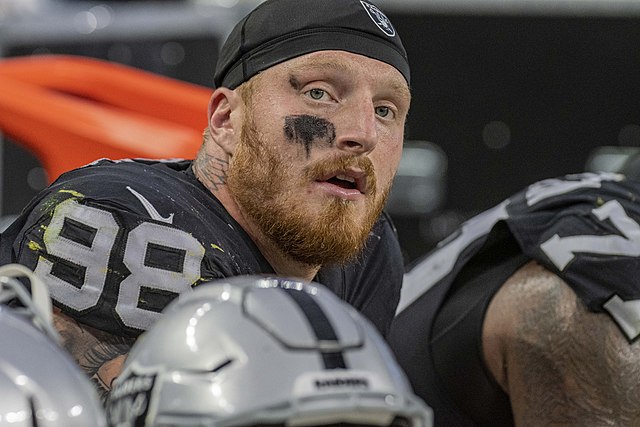 Why the Raiders pass rush will dominate in 2022

The Las Vegas Raiders ranked 21st in sacks in 2021 (with 35 sacks), but they should really aim to be Top-10 in sacks in the upcoming season. The Raiders team that carries a rich history (especially under Al Davis), brought in the very talented pass rusher Chandler Jones to join Tom Hardy Mad Maxx Crosby in the front seven. Jones may have turned 32 in February, but he is coming off an impressive 10.5 sack season — along with 6 forced fumbles and 26 QB hits. Jones inked a contract extension for three years worth $52.5 million dollars.

Jones will ask Crosby to continue to help hunt opposing signal-callers, as well. Crosby was a wrecking ball last season — as he was named second-team All-Pro. PFF gave Crosby a very impressive 91.4 grade for his 2021 performance. He signed a contract extension for four years worth $94 million dollars last March. It was clearly an emotional day for the individual that suffered from alcoholism.

The invisible man, also known as Clelin Ferrell, needs to find his groove as a pro. The fourth overall pick from the 2019 NFL draft has 8 career sacks and 24 QB hits in three seasons. He is bound to be a free agent after the 2022 season. The Raiders could still trade Ferrell, as B/R has noted this off-season.

Let’s not forget that the Raiders should have more potent scoring offense (w/ Tae and a healthy Kenyan Drake) than last season, which will force opposing signal-callers to keep pace with their offense. This also means that the Raiders pass rushers will have a plethora of opportunities to pin their ears back and take down the likes of Russell Wilson and Justin Herbert.