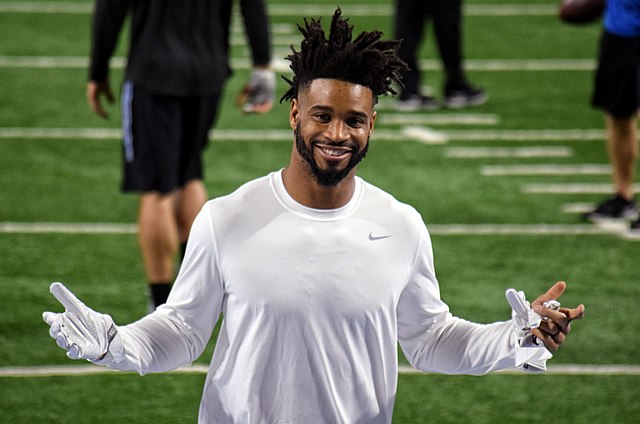 Why the Eagles secondary should shine in 2022

The Philadelphia Eagles secondary certainly has a Rocky Balboa-like attitude heading into the 2022 season. Philly showcases Darius Slay, James Bradberry, Jaquski Tartt, Anthony Harris, and Avonte Maddox in their secondary. Bradberry, who went from the Big Apple (NYG) to the dark side (PHI), is the Eagles x-factor in my opinion. He ousted 4 interceptions and 17 pass deflections in 2021. Jeff Kerr of CBS Sports nicely noted that the former Giant had a strong Saturday practice – as he notably had a superb pass break-up on Brown deep down the field.

Bradberry inked a one-year deal worth $7.5 million dollars with the Eagles, so he will seek to unleash havoc in 2022 and break the bank in the next off-season. Avonte Maddox was one of the players of the day yesterday – as he had a memorable interception against Jalen Hurts. Maddox had a fine 72.8 grade by PFF in 2021. He can be reliable and effective against potent slot WRs like Cooper Kupp and Chris Godwin next season.

The Eagles will also anticipate their safety tandem in Harris and Tart to be consistent veteran pieces moving forward. They will expect Harris to be effective in his second season as an Eagle. The safety that snagged six ints in 2019 wasn’t exactly sexy in 2021. PFF awarded him a 61.6 grade for his 2021 performance. He resigned to the Eagles on a one-year deal worth $2.5 million dollars. Tartt isn’t a top-notch safety, but he is a well-rounded defensive back. He is also in a contract season.

The Eagles ranked 11th in passing yards allowed last season and 21st in interceptions (with 12 ints). With that said, I certainly expect them to be a Top-8 unit in passing yards allowed and a Top-15 unit in interceptions with the int magnet in Bradberry in 2022. The Eagles may have made a lot of noise for adding A.J. Brown, but their secondary could be a pivotal reason in upsetting the Ivan Drago-like persona, Tom Brady.