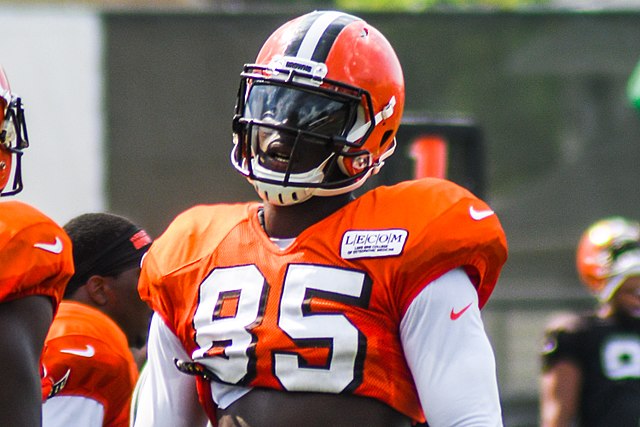 It’s been another eventful week for the Browns, in what has already been a very eventful off-season. I’ve written about Sue Robinson’s judgment in a previous article, where she gave the harshest punishment she could to Deshaun Watson, given how the NFL has treated past misdemeanors by both players and owners. The NFL didn’t like her judgment and appealed the decision as they wanted an indefinite ban and a substantial fine.

Roger Goodell has appointed New Jersey attorney general Peter C Harvey to hear the appeal, who has League connections and expertise in domestic violence and sexual assault. Harvey has advised the NFL before on workplace policies and he’s been a member of the League’s Diversity Advisory Committee. In 2017 he was on the panel that reviewed Ezekiel Elliott’s domestic violence case and Elliott received a 6-game suspension. Let’s not pretend this is an independent review. Goodell is going to get exactly what he wants so now this whole saga will drag on throughout the season as the NFLPA will take it all the way to the High Court. It’s actually more likely that Watson will start the season, but the Browns won’t know who their starting QB will be on a weekly basis. This undoubtedly negatively impacts the Browns whereas a 6 game ban appeared to be worth the gamble they made when they signed Watson to a 5 year $230m contract and gave up 3 first-round picks for him.

Sue Robinson was very detailed in her judgment and for Roger Goodell to ride roughshod over her decision shows the pressure he’s under from the public. Goodell has always put money before women so he hasn’t made this move because he cares for women. If he had cared he would have suspended Watson immediately after women started accusing Watson of sexual assault and certainly wouldn’t have allowed Franchises to trade for him.

In Week 2 Training Camp news a number of players have stood out, two WR being Michael Woods II and Jakeem Grant. The WR Room has been hit by injuries, so the fact that both these players have impressed is good news given the Browns need competition behind Amari Cooper and Donovan Peoples-Jones. CB AJ Green has been outstanding on second-team drills which is exciting news as the Browns are already very strong in this position with Denzel Ward, Gregg Newsome II, and Greedy Williams. TE Harrison Bryant continues to progress and improve and alongside David Njoku, this means they’re looking strong in this area. Rookie Kicker, Cade York has been regularly kicking from over 50+ yards, and given the impact, McPherson made in Cincinnati last season this bodes really well for the Browns who finished on 8 wins in 2021 but had 2 losses of less than 3 points.

Chris Odem is an interesting signing. He’s 6.4 and 255lbs which is slightly lighter than the Browns like their DE to be. He entered the league in 2017 and played for the Falcons, Packers, and Commanders before playing for Calgary in the CFL  and then Houston in the USFL. He was named defensive Player of the Year in the USFL with 12.5 sacks. Let’s not pretend he’s anything other than someone the Browns are looking at so don’t get too excited- in his NFL career he only recorded 2 sacks.

On August 12th the Browns start their pre-season schedule when they travel to Jacksonville. August is also the month of roster cuts: