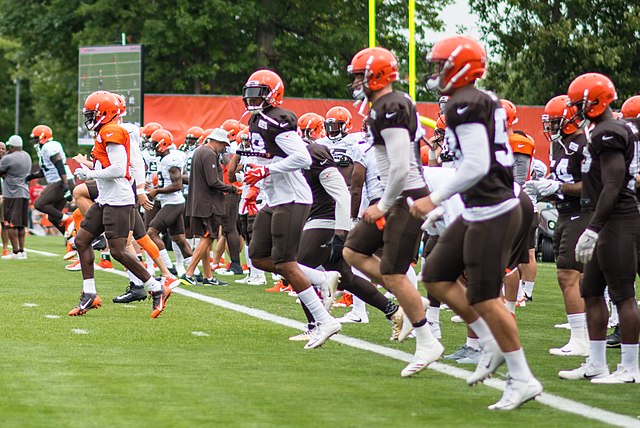 In the morning of August 1st, Sue Robinson finally made her judgment regarding the case of Deshaun Watson. The NFL wanted an indefinite suspension for Watson with at least a 1-year ban. The NFLPA, representing Watson, argued for no ban, citing a lack of past punishments for owners Robert Kraft and Dan Snyder. At the worst, they argued for a minimal ban given the equal lack of severe punishments for similar past accusations against players such as Ben Roethlisberger and Ezekiel Elliott. Her verdict was a 6 game ban, with no fine and a requirement that Watson only uses Club masseurs.

The outcry was immediate from outraged fans across the NFL and beyond who were expecting a much harsher punishment than this. The reality is, as Sue Robinson said herself, she is imposing the harshest punishment ever given to a non-violent offender involving sexual conduct, and that his conduct was more egregious than any before viewed by the NFL. This despite the fact that she thinks Watson violated NFL Policy through:

Furthermore, she stated his categorical denials were not justified when “weighed against the credible testimony of the investigators.” She states that “it is more probable than not” that he made inappropriate sexual contact with 4 of the woman the NFL put forward in their case against Watson.

So it sounds like Watson should have received more severe punishment, but he didn’t for one very important reason. The NFL hasn’t been taking seriously accusations and potentially criminal acts for decades. They haven’t punished past misdemeanors/crimes anywhere near as harshly as they should have done. They have put money over morals for so long Sue Robinson was left with no choice, but to impose the “harshest punishment ever given to a non-violent offender.”

The very fact that this was the harshest punishment ever handed out to a non-violent offender says all you need to know about how seriously the NFL has taken accusations of sexual assault. Ben Roethlisberger, soon to be Hall of Fame QB for the Pittsburgh Steelers, was accused of rape by 2 alleged victims back in 2008-10. The first alleged victim agreed to a payoff. The NFL imposed no ban and no fine. The second alleged victim also agreed to an out-of-court settlement. The NFL imposed a 6 game ban which they then reduced to 4 games for good behavior. The NFL protects its owners even more tightly. Robert Kraft, the owner of the New England Patriots, was actually caught on camera soliciting prostitution from trafficked illegal immigrants. What was his punishment? Nothing. Dan Synder, the owner of the Washington Commanders, has been consistently accused of sexual assault for over a decade. What has been his punishment? Nothing.

Sue Robinson’s hands have been tied by NFL precedent. She even cited the case of Ray Rice who was charged with aggravated assault. She said, “While it may be entirely appropriate to more severely discipline players for non-violent sexual conduct, I do not believe it is appropriate to do so without notice of the extraordinary change this position portends for the NFL and its players.” She is saying that not only have the NFL set their own precedents, but they can’t arbitrarily increase the suspension due to the volume of the public outcry. She is saying the NFL can’t identify misconduct after that conduct has taken place. They need to tell the NFLPA and its players (and the owners) what isn’t acceptable and what the punishment will be first.

The NFL needs to learn from decades of putting money before women. They have themselves to blame and I hope they listen carefully to what Sue Robinson has said and put procedures in place that properly punish future accusations/crimes. As a Browns fan, I have never condoned Deshaun Watson’s actions and behavior and I never will. I will never buy his jersey, but I refuse to let one man ruin my love for the Cleveland Browns. This is an issue that is much bigger than team loyalty, it’s about the NFL and their failure to act appropriately over not just sexual assault, but a myriad of other crimes including alleged murder.