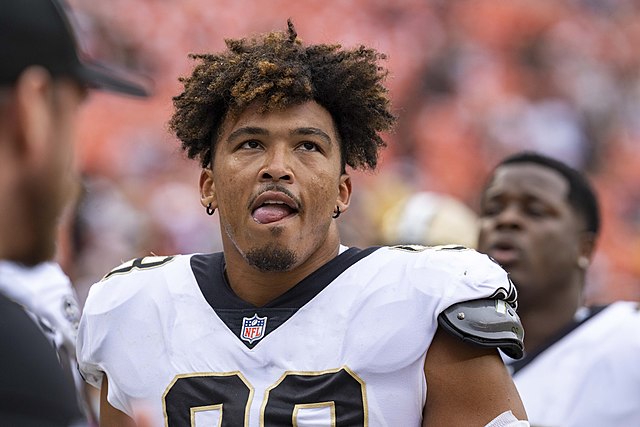 The Saints pass rush will dominate in 2022

It was clearly “open season” for the New Orleans Saints pass rush against the mythical Tom Brady in their last battle, as the Saints had four sacks and seven QB hits against TB12. The Saints captain Cameron Jordan, who always carries a chip on his shoulder, ousted two sacks (and a pivotal forced fumble) against Brady – which led him to garner NFC defensive player of the week.

I believe that Jordan, who is also coming off his fifth straight Pro Bowl, will have better help hunting opposing signal-callers in 2022 than last season. The Saints pass rusher Marcus Davenport, aka the profile that Dennis Allen once called the Saints best defensive player, has gifted power and he even earned a whopping 88.8 grade by PFF last season (and that stands above Jordan’s PFF grade: 84.3). The key issue with the former UTSA defender is that he’s missed 11 games in the past two seasons combined.

There are two reasons that should make Saints fans more optimistic about the player that Mickey Loomis dealt two first-round picks to acquire. For 1. Davenport has climbed the ladder in overall talent in each of his past four seasons. I can’t guarantee that Davenport won’t miss two or five games, but I foresee him continuing to improve his pass rush abilities in his fifth season. The second reason that I like Davenport’s chances of having a monster 2022 season is that he is entering a contract year. He will really leave everything out on the field (which may include playing through minor injuries) in 2022, so he can cash in during free agency in the 2023 off-season.

The Saints quietly have a third former first-round pick DE in Payton Turner. The NFL world didn’t get a proper taste from the 6’6, 270 lb DE – due to him only playing in five games (and recording one sack) in 2021. Nonetheless, I really believe a healthy Turner will take a big jump from last season and be one of the biggest x-factors on the team. Nick Underhill of New Orleans. Football expressed on Twitter that Turner shined in yesterday’s practice & Katherine Terrell (and ESPN Saints reporter) stated on the bird app that Turner had several good reps yesterday. She also stated that Turner is playing in the 280s. Turner (who can beat out Davenport for the next role for Thor) has also been in tamed fights with 2022 first-round pick Trevor Penning. He has more experience, size, and fire this off-season, to say the least.

The Saints aren’t only time traveling to bring back their two, behemoth edge rushers, but they will also witness the underrated & healthy Tanoh Kpassagnon wreak havoc in 2022. The former Kansas City Chiefs edge rusher was a part of the Saints walking dead squad last season – as he missed nine games. Regardless of his injury-riddled 2021 campaign, he registered four sacks and eight QB hits in eight contests – which matched his 16-game best sack total from the 2019 season. It would be an understatement to say that he’s one of the best fourth-string defensive ends in the NFL.