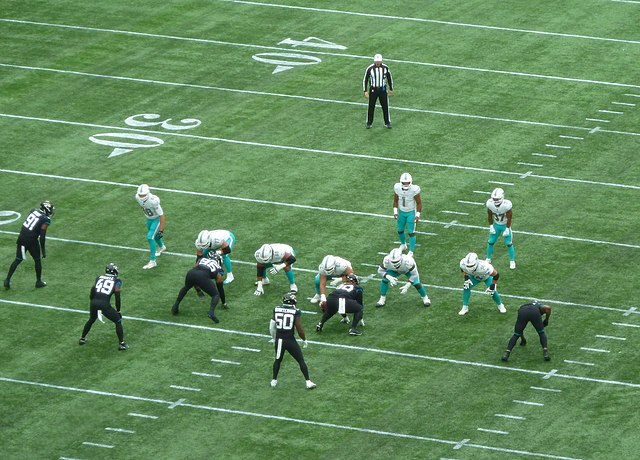 Breaking down the Dolphins WR group

Mike McDaniel’s Miami Dolphins have a totally revamped wide receiver corps this season, with Jaylen Waddle being the only pass catcher who really played a part in 2021 still with the team. DeVante Parker was traded to New England after another injury-plagued season, whilst Mack Hollins, Albert Wilson, and Isaiah Ford are also no longer in Miami.

Cedrick Wilson was added from Dallas in Free Agency before GM Chris Grier made the blockbuster move for Tyreek Hill. Erik Ezunkama was then picked in the fourth round of April’s draft. He’s impressed in training camp, probably earning the fourth receiver spot on the roster.

Preston Williams, Lynn Bowden, Braylon Sanders, Mo Sanu, and Trent Sherfield will compete for the final spot or two. The first of those names are currently unhappy with the number of reps he’s getting in camp so far. Williams showed promise early in his career but has struggled to stay healthy. The emergence of Ezunkama, a similar player, is limiting his time with the first team.

The trio of Tyreek Hill, Jaylen Waddle, and Cedrick Wilson has to be one of the fastest in the league. Hill runs a 4.29 40-yard dash, whilst Waddle’s 4.37 is pretty close behind. Wilson only ran a 4.55 at the combine but plays quicker than that. He’s faster than most on the field. He’ll be your primary slot guy this year, but expect Hill, Waddle, and Mike Gesicki to line up there a lot too.

Wilson being in the slot frees up Jaylen Waddle to be the outside receiver he was drafted to be. He’s another who’s had a standout camp, already having one practice in the orange jersey that’s awarded to the player of the previous day.

I get the feeling from McDaniel and Hill that Tyreek is going to touch the ball as much as humanly possible this year. Expect him to be used in a similar way to in Kansas City last year. If San Francisco’s offense from Shanahan’s time there tells us anything, he and Waddle in particular will have their own different package of plays in every game.

If I was to compare the trio to the rest of the league, there are only a few receiving groups that are on their level.

The Top 5 WR Groups in the NFL

Stefon Diggs is one of the league’s best, he has been since his time in Minnesota. The ex-Maryland wideout has helped turn Josh Allen elite. Gabriel Davis has got a great chance to shine in the absence of Cole Beasley and Emmanuel Sanders. He put up an 81.5 PFF grade last year, ranking him 10th of all WRs, two higher than Diggs! Finally, Jamison Crowder is a very underrated receiver, and an excellent slot option, he was the Jets most reliable target in his time there, whilst Isaiah McKenzie has always had a good relationship with Allen, so expect him to play a role this year too.

Cooper Kupp had an unreal season last time out, by far the best of any receiver, with his 1947 yards and 16 touchdowns in the regular season. Add in a further 478 yards and 6 TD’s in the regular season, and a 93.0 PFF grade ( #1 ranked), and it’s pretty hard to do much better. He’s now got Allen Robinson alongside him to play the role that Odell Beckham Jr. did down the stretch. Robinson finally gets the chance to flourish in an elite offense, having spent the first 8 seasons of his career in Jacksonville and Chicago. Injuries have been a bit of an issue, but the last full season he played (2020), Robinson was the 5th ranked receiver, with a 88.3 grade. Van Jefferson is now heading into his third year, look for him to make a further step up this year.

The Fins receiver room makes it all the way to 3, but it’s not quite the level of the Bengals and the Bucs. Tyreek Hill is a big addition, he’s certainly the fastest receiver, and up there as one of the best, even after a bit of a down year. When grouped with Jaylen Waddle and Cedrick Wilson, they’re not the most talented group, but are probably the hardest to stop. From what we’ve seen in camp this year, the deep ball, especially off of play action, is prominent, and Tua has been making those throws. With Wilson in the slot we’ll see more from Waddle on the outside, expect him to have a big year, with the attention off of him and on to Hill.

Jamarr Chase had an outstanding rookie season, breaking Justin Jefferson’s rookie recieving yard record (1455 yards) and reaching the Super Bowl. Chase’s elite yards after catch ability, being so difficult to tackle, especially at his speed won the team games last year. Tee Higgins’ play went under the radar in 2021 with Chase’s breakout campaign. He looked great in his rookie year in 2020, and backed it up a year later. His play earned an 85.4 grade from PFF, 9th of all WR’s, after a 1091 yard and 6 TD season. Then there’s Tyler Boyd, who had yet another productive year in the slot. All in all, a very talented receiver room.

Tampa has a loaded receiver room, and while it’s not got a Tyreek or a Jamarr, Mike Evans and Chris Godwin have been good for years, and Julio, although in the twilight of his career, has the experience that a third or fourth receiver just doesn’t have. You then have Russell Gage, who’s had two productive years in Atlanta coming over. Behind those four, Scotty Miller’s had a connection with Tom, and Jaelon Darden is no longer a rookie, he’ll be looking to have a better sophomore season. The Buccaneers are the only team in the league to have four of PFF’s top 50 receivers from last year on their roster. It’s a deep group.

Denver’s group of Jerry Jeudy, Courtland Sutton, Tim Patrick, and KJ Hamler would have been on the list too before Patrick went down for the year. The Eagles, Vikings, Raiders, 49ers, Chargers, Seahawks, and Steelers all come close too but only have two quality players, whilst everyone else has three.