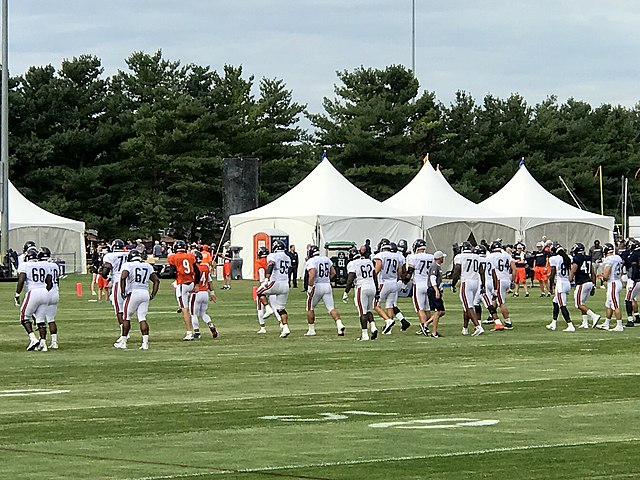 Why the Bears shouldn’t trade Robert Quinn in 2022

The Chicago Bears have an authentic and utterly talented pass rusher in Robert Quinn. The former St. Louis Rams pass rusher unleashed 19 sacks and garnered First-Team All-Pro honors in 2013. After 2013, he made the Pro Bowl in 2014 and then was a ghost from the PB all the way until 2021. Well, coming off an 18.5 sack season (which is a Bears single-season sack record) w/ Pro Bowl honors, Quinn was rumored to follow Khalil Mack out of the Windy City. With that said, I’m going to untwine three reasons why CHI must keep Quinn.

It is quite obvious that Khalil Mack isn’t in a Bears uniform, but it also should be noted that Akiem Hicks is also out of Chicago (as he left for Tampa Bay). The Bears still have Trevis Gipson (7 sacks in his sophomore campaign) and Al-Quadin Muhammed (6 sacks in his fifth season), but Quinn is still the only top-end pass rusher or profile with a very promising ceiling. Quinn is 32 years old, but he still looks fresh and there should be a few more seasons until he is unable to perform at a Pro Bowl level.

Growth of other NFC North teams

The Green Bay Packers will certainly be a competitive NFC team in 2022, but it should be noted that the Minnesota Vikings and Detroit Lions took fine leaps of progress this off-season. The Lions may have the 2022 DROY winner in Aidan Hutchinson and their offense should also dazzle with the rookie Jameson Williams and the explosive RB D’Andre Swift. I also expect the Minnesota Vikings to return to the post-season w/ Justin Jefferson, their shiny offensive-minded HC Kevin O’Connell, and a healthy Danielle Hunter. It won’t be easy for the young Justin Fields-led Bears to knock off the Vikings w/ Quinn intact. It would be a serious challenge for CHI to defeat the Viks without their veteran, All-Pro friend at DE.

There aren’t only a lot of Bears fans that want Quinn to remain in Chi-town. The sack artist himself has stated he wants to stay home and chase glory with the Bears. He is clearly happy with the scheme, the city, and the team’s direction. Barring a Miami Dolphins trade attempt for Quinn, I absolutely expect the Bears to retain one of the NFL’s biggest surprise performers last season.