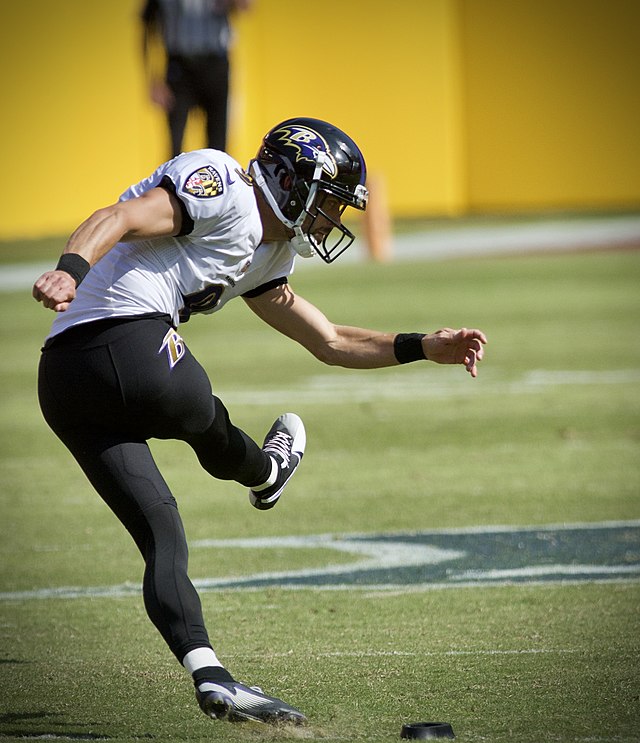 The Baltimore Ravens kicker Justin Tucker, also known as the antichrist in Detroit, signed a four-year contract extension today worth $24 million dollars (with $17.5 million dollars guaranteed) that made him the highest-paid K in the league. Tucker is coming off a career-best 94.6% – which led him to also garner first-team All-Pro honors (for the fifth time in his career). The Ravens K has been a freak of nature in his 10-year career – w/ a career FG% of 91.1%.

Of course, I will not forget to highlight Tucker’s unearthly 66-yard FG conversation (which is an NFL record) against none other than the Detroit Lions in 2021.

With that enunciated, there is a mighty, exciting question regarding the Ravens kicker: is Tucker a future Hall of Famer? Well, it’s certainly rare for a kicker to make it into the HOF. There are only two primary kickers in the HOF, but I surely expect Adam Vinatieri to be the third kicking face in Canton. Tucker might not have near the same longevity as the former Patriots kicker, but he has accomplished quite a bit in his 10-year career thus far.

Besides having the record for the longest FG, Tucker is already the most accurate kicker ever to play the game. Furthermore, he also has a pivotal Super Bowl ring (which came in Super Bowl XLVII).

Tucker is already regarded as the best kicker of all time by sources like Sports Naut, Fan Buzz, and countless others. If Tucker isn’t the GOAT kicker, he’s unequivocally the second-best kicker of all time (right behind Vinatieri). So, I absolutely believe Tucker is a future HOF-kicker. The scariest part is that Tucker still has many years left to unleash hell against opponents.