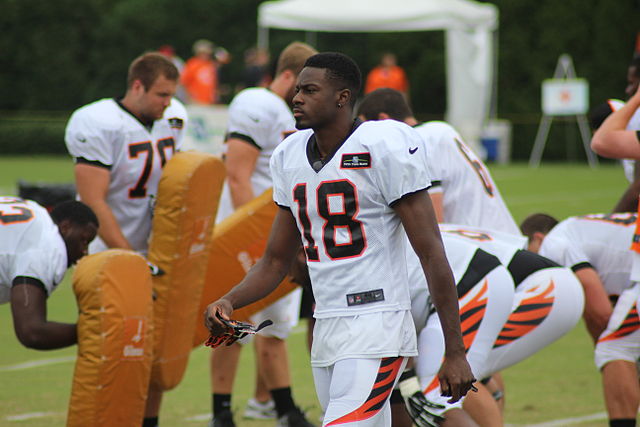 Will A.J. Green make it into Canton?

The Cincinnati Bengals legend A.J. Green is still planning to wreak havoc at 34 years old with the Cincinnati Bengals. Green might have brought agony to Cardinals fans in the Green Bay Packers match-up, but he still had a modest 2021 season (54 receptions, 848 yds). At this point in his career, Green has accumulated 10,278 receiving yards, 68 TDs, and 703 receptions. The fourth overall pick in the 2011 draft has also garnered seven Pro Bowl selections.

With that enunciated, there is a fascinating, pivotal question surrounding the Cardinals WR: Is Green a future Hall of Famer? Well, I’m going to stack up his football resume to HOF-caliber WRs.

I believe that the career output by Largent and Reed should make Green feel optimistic about his chances of making it into football heaven. Green has the same number of PB selections as Reed and Largent. Although, It should still be noted that Largent does have more receiving touchdowns than Green. I honestly believe that Green would already find his way into Canton if he retired today. I still expect that Green will play for a couple of more reasons and continue to pad his overall receiving yd and receiving TD figures. I don’t foresee him being a first-ballot HOFer, but I expect him (shortly after his first year of eligibility) to be one of the players from the mythical 2011 draft class to garner a gold jacket.