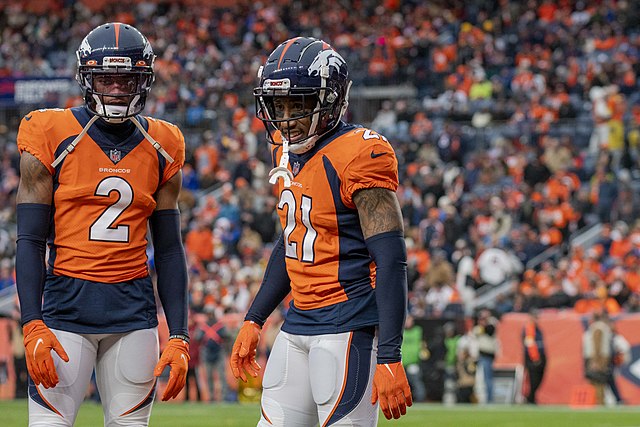 The Broncos will anticipate a bounce-back season from Bradley Chubb, but they will still need more pass rush hunters to shine in 2022. The Broncos drafted Nik Bonitto in the second round of the 2022 draft and they also inked Randy Gregory in free agency (9.5 sacks in the past two seasons combined). It’s still important to not forget about Malik Reed, who has ousted 13 sacks in the past two seasons combined. Reed is slotted ahead of the rook Nik Bonnito and an injured Randy Gregory at the moment. Reed has the golden opportunity to prove that he requires a role (assumably behind Gregory) in 2022.

The Broncos WR KJ Hamler has demanded quite a few eyes after the Tim Patrick injury. He is being leaned on as a starter across from Jerry Jeudy and Courtland Sutton. He registered 381 yds in 2020 and then 74 yds in 2021, but he will certainly look to have a career season in 2022. PFF recently predicted that Hamler will be an elite deep threat in 2022.

The QB2 on the Broncos depth chart is none other than Josh Johnson. The hardcore video gamer threw 2 TDs to 1 int in 2021. He returned to Denver on a one-year deal worth $1.2 million dollars this off-season.

The Broncos will expect superb efforts from starting DT D.J. Jones moving forward. Jones was brought over from San Francisco – as he garnered two sacks, 10 TFLs, 3 QB hits, and 56 combined tackles last season. He is undoubtedly one of the biggest x-factors on the Broncos defense in my opinion.

The explosive rookie Montrell Washington (who has flashed in training camp) is expected to shine in unique ways moving forward. He is pegged in as the starting KR/PR at the moment. The Broncos ranked 32nd in KR last season, so they will clearly expect Montrell to jolt their special teams unit moving forward.