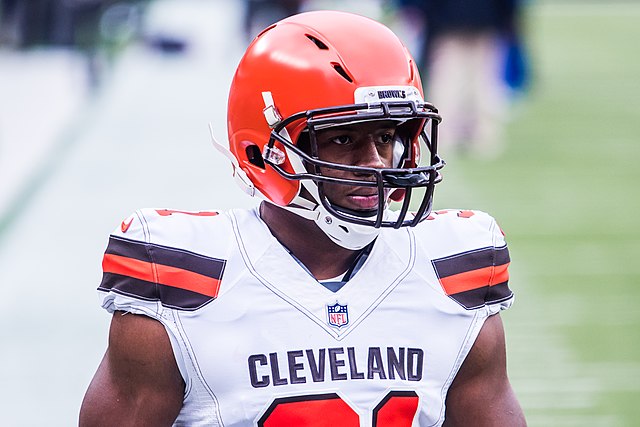 Who is the best RB heading into the 2022 season?

Week 1 of the 2022 NFL season is steadily approaching & it’s obvious that it will feel great to hear Scott Hanson’s voice each weekend. It will clearly be thrilling to witness next-level quarterbacks and talented running backs dazzle on the field. With that stated, I’m going to highlight the RB spot and project the ten best RB performances in the 2022 season.

I really believe a healthy Christian McCaffrey is the scariest RB in the league. CMAC was second-team All-Pro in his sophomore season and then he really blossomed in his junior campaign — where he garnered 2,392 all-purpose yds, 19 combined touchdowns, and was named first-team All-Pro. Sadly, he’s only played in 10 games over the prior two seasons combined. I still feel deeply positive about his all-around outlook as a healthy, motivated, 26-year-old that doesn’t have an abundance of tread on his tires.

It’s hard to ignore the talent, consistency, and situation that JT is in. Taylor garnered 1,811 rushing yds and 18 rushing TDs last season — which led him to garner first-team All-Pro honors and place second in OPOY voting. Taylor could be slightly leaned on less in the offense with Matt Ryan and his backfield is a bit more talented than last season – as these two factors could slightly hurt Taylor’s overall production.

The New Orleans Saints running back Alvin Kamara is authentic and a superb RB. AK has made the Pro Bowl in each season. The Saints skat-back’s superior, all-around RB’s best season unequivocally came in 2020 – where he unleashed 1,688 total yds and 21 combined TDs (which resulted in getting second-team All-Pro honors). He had another fantastic output last season: 1,337 total yds and 9 combined TDs in 13 games.

According to Fantasy Pros, a suspension for Kamara is also likely to occur in 2023.

The Minnesota Vikings running back is an extremely electric RB and he should continue to belittle his opponents in 2022. The Vikings RB ran angry for 13 touchdowns and 1,135 yds in 2019 and then managed to run for 16 TDs and 1,557 yds in 2020. Cook missed four contests last season, but he still unveiled 1,159 rushing yds six rushing TDs. I believe there is still room for a couple of top-tier seasons in his football life.

Derrick Henry has an old-school mentality and he’s also explosive. Henry ran angry for 1,540 yds and 16 rushing TDs in 2020 and then proceeded to bulldoze opponents for 2,027 yds and 17 rushing TDs (which led him to win Offensive Player of The Year in 2020). It appeared that Henry was on a rampage until he suffered a broken football in Week 8 – which caused him to miss nine contests. Father time will have an impact on Henry, but he should absolutely be an elite RB in 2022.

It may seem blasphemous to peg Nick Chubb at this spot, but I feel more inspired by the other ball carriers. Still, Chubb should be a top-tier RB for yet another season. The Browns RB1 (sitting in front of Kareem Hunt – who has seemed to bury the hatchet with CLE), ran angry for 1,259 yds and 8 TDs last season. PFF slabbed him an 81.7 grade for his 2021 performance.

I believe that Elijah Mitchell is one of the most underrated skill players in the league. Mitchell was quite potent behind the Trent Williams-led OL in only nine games a season ago: 963 rushing yds and five rushing TDs. The 49ers full back Kyle Juszczyk and former Harvard grad believes that Mitchell’s ability to simplify things in the 49ers offense led to his success as a rook. Juszczyk stated, “It’s a complicated offense, and sometimes the best way to come into a complicated offense and be successful is to simplify things. And I think that’s something that Elijah did in his first year. You talk about the wide zone and it being a one-cut offense. That’s how Elijah approached it, and that, I think, is his strength….He’s decisive and he just puts his foot in the ground and gets upfield. ook. Mitchell obtained a 76.3 grade by PFF for his 2021 outcome, too. With that said, I do expect Trey Sermon, who has impressed this off-season, to be more involved in the 49ers offense in his second season (which should put a dink on Mitchell’s production).

The New York Giants running back is far from dead in my opinion. Barkley’s best season was in his rookie year (2,028 total yds and 15 combined touchdowns) and then he accumulated 1,441 total yards in 13 games as a sophomore. Unfortunately, disaster struck the young, gifted RB (as he suffered a torn ACL after two games in 2020). He also sat out of four games last season – or was playing healthy behind a brutal OL in the other 13 match-ups. I suspect Barkley to return to the PB behind a much-improved OL in the upcoming season.

The reigning AFC Champion, Joe Mixon, is slightly in the shadow of the Bengals impressive QB-WR duo. Nonetheless, let’s not forget that Mixon is a dangerous bell cow RB (1,205 rushing yds and 13 rushing TDs last season). PFF nicely gave the Bengals RB a 79.5 grade for his 2021 outcome. Mixon will also benefit next season from an improved OL (as Cincy brought in Alex Cappa, C Ted Karras, and of course: La’el Collins).

The Los Angeles Chargers have a surreal QB-RB combination (between Justin Herbert & Austin Ekeler). The Chargers versatile ball-carrier had a personal-best 911 rushing yards with a career-high 647 receiving yds last season. Furthermore, Ekeler had total of 20 touchdowns — which undoubtedly edged out his previous single-season best total TD count (11). Ekeler should have worse rushing production than last season with Isaiah Spiller in the RB room, but his all-around ability in a high-powered offense should still help register around 1,300 all-purpose yards and 10 total touchdowns.