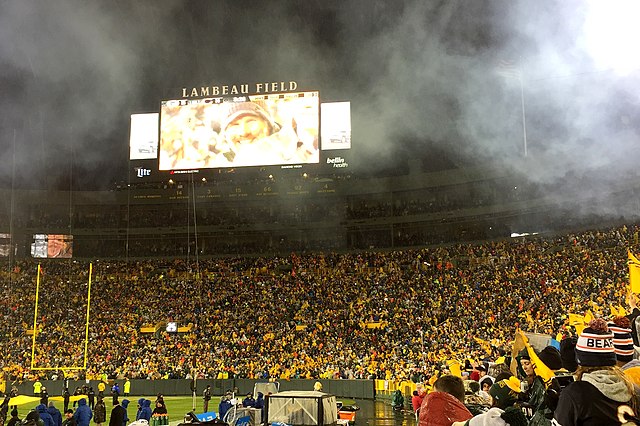 The Green Bay Packers can’t solely rely on Aaron Rodgers – as they will certainly need to have a strong wall around their two-time reigning MVP quarterback. The Packers offensive line did an admirable job last season without their cream of the crop LT David Bakhtiari for all but one game & Elgton Jenkins for nine contests. The Pack ranked 12th in sacks allowed.

Entering the 2022 season, PFF generously slotted the Packers OL as the fifth-best OL unit in the league. The Packers should have their superb tackle duo back soon. According to Zach Kruse of USA Today, The Packers GM Brian Gutekunst stated, “They are both doing really, really well. I think they both have a shot to play early in the season. They are progressing very well.”

Baktiari is a two-time All-Pro selection and he’s also garnered second-team All-Pro twice in the past five seasons. The other tackle, Jenkins, made the Pro Bowl in 2020 (his second season).

The Packers LG Jon Runyan is a modest profile – who only allowed two sacks last season and had one penalty (which all led him to garner a 65.1 grade by PFF). He impressively had the 10th highest pass blocking grade by PFF in the second half of last season. It would be wise for the Pack to extend the sixth-round pick from their 2020 draft after the upcoming season, to say the least.

The middle-man, C Josh Myers, was a modest performer with his 293 reps last season, as he allowed zero sacks and showed potent strength in the run game. He will be entering his second NFL season and he’s honestly the x-factor on the Packers OL in 2022. The RG Jake Hanson is the biggest question mark on the OL, but he certainly has real potential. He played in a mere six snaps last season. He was a two-time AP Pac 12 All-conference second-team player for the Oregon ducks.

The Packers OL is unequivocally one of the top OL units entering the 2022 season. The Pack may have the legendary burning man Aaron Rodgers at QB, but don’t forget about the quality of the Packers OL — especially their pass-blocking ability.