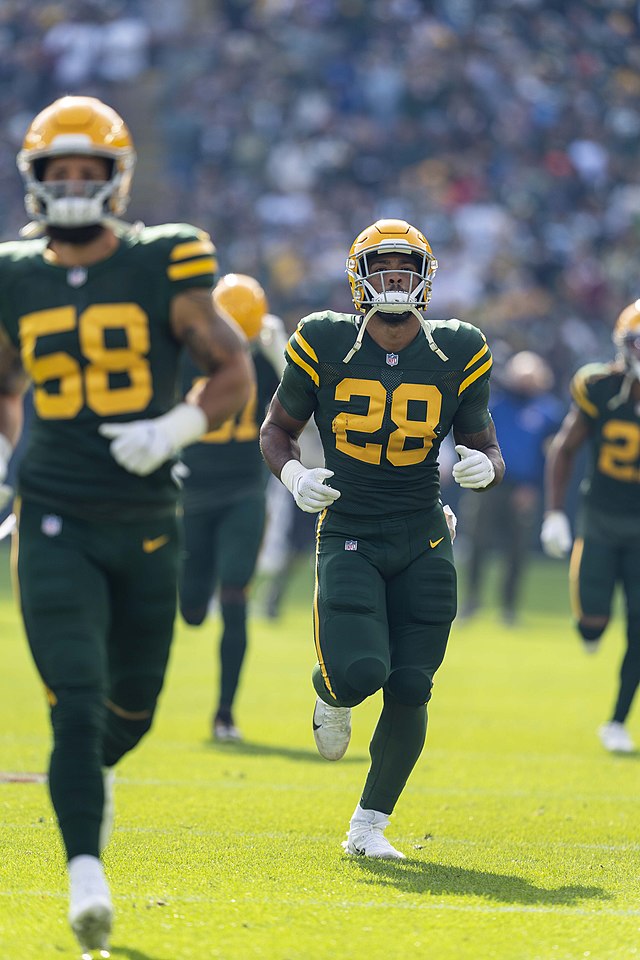 As your fantasy draft begins to wind down and your starting roster is filled, you want to go after players that can play a variety of roles for you. The flex position is unique in that it can generally be filled by a running back, wide receiver, or a tight end. This gives you maximum flexibility when bye weeks and injuries come up, allowing you to generally put the best skill players into your lineup.

These are the five biggest flex sleepers in 2022:

If you listen to any one thing I have to say this year, it needs to be this. AJ Dillon is one of the best values in all of fantasy football right now. In 2021, Dillon posted over 1,100 yards from scrimmage and seven total touchdowns, and there is reason to believe both of those numbers will be higher this season.

With the Packers trading away Davante Adams and not having a star receiver for Aaron Rodgers to throw to, it is looking like both Aaron Jones and AJ Dillon will see a lot more work. Jones is likely to see snaps as a slot receiver, which means Dillon will see more time in the backfield. Rodgers even recently said he thinks 50 catches each for Jones and Dillon is “realistic.”

Additionally, Dillon is the primary redzone and goal line back for the Packers. He and his quads should have plenty of opportunity to plow into the endzone. The Packers love what AJ “Quadzilla” Dillon has to offer, and you should too. Take Dillon in the eighth round and reap the benefits.

Olave was the 11th overall pick in the 2022 NFL Draft and joins a Saints team that was on the cusp of playoff contention last season. Michael Thomas is a huge unknown at this point, but Olave should still see a lot of targets even if Thomas is healthy. Olave was regarded as one of the best route runners in his draft class and will immediately provide quarterback Jameis Winston with a lethal weapon in the slot. Olave also offers upside as a downfield threat with nice 4.39 speed. He has a chance to be the most productive rookie receiver in 2022.

Edmonds spent the first four years of his career in Arizona, and will now play in Miami after signing there in free agency. He was one of three running backs that the Dolphins brought in, with Raheem Mostert and Sony Michel joining him.

The interesting thing is, there is a chance that all three backs have a role cutout for them under new Head Coach Mike McDaniel. Look deeper though and you will realize a few things: First, Edmonds signed a two-year $12 million dollar deal. Even his yearly average of $6 million a year is more than Mostert and Michel combined. Second, Edmonds was one of the first running backs to sign a deal in free agency. It can be implied that the Dolphins clearly have a role cut out for Edmonds. He currently has an average draft position of 120 according to ESPN. That’s a good price for a player that should eclipse 1,000 total yards in 2022.

Meyers scored double-digit fantasy points in nine of games played in 2021, a season in which he only scored two total touchdowns. His 83 catches on 126 targets for 866 yards were all team-highs for the Patriots. It will be interesting to see how the addition of Davante Parker will impact Meyers’s production, but Meyers has the advantage of already having chemistry with quarterback Mac Jones. Parker will likely take a lot of the red zone targets in New England, which will not really be an issue for Meyers anyways. If you need a solid bench player that can step in and be your flex when needed, Meyers is worth consideration.

Pickens has made waves in recent weeks as one of those dudes that just “has that dawg in him.” Pickens has been making waves across the fantasy community all summer as he has consistently made plays throughout Pittsburgh’s training camp. In the Steelers’ first preseason game against the Seattle Seahawks, Pickens caught three balls for 43 yards and a touchdown.

While at the University of Georgia, Pickens was known for being a big and strong receiver that can win jump balls and physically dominate most corners. Had he not missed most of the 2021 college season due to a torn ACL, Pickens likely would have been one of the first receivers drafted. Instead, he fell to the second round and was the 11th receiver taken in the draft. There is a lot of hype surrounding George Pickens right now, and you should capitalize on it immediately.