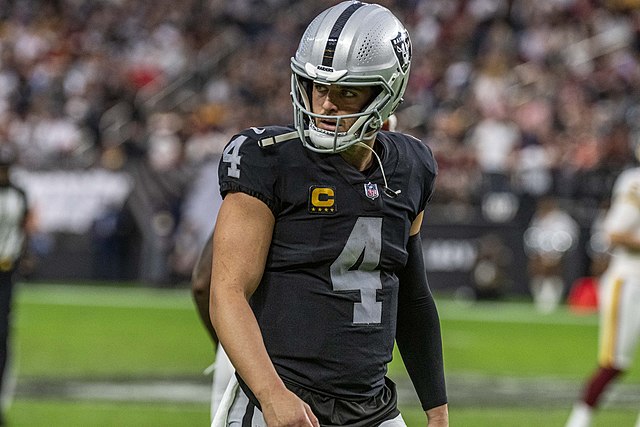 Derek Carr has been the source of some contention among NFL fans in the last few years.  Some believe him to be top 10-15 in the league, and some believe he may not be nearly that good and is more average.  In this article, I will be breaking down whether or not I believe he is underrated, properly rated, or overrated, based on his statistics and production over the last season.  So without further ado, let’s start off with his statistical production:

Interestingly enough, last year Carr had one of his better seasons in terms of passing yards and completion %, which makes this a compelling debate.  This was not only because of the extra game either, he had 700 more passing yards than any other season in his career, a monumentally larger amount than normal.

In 2021 Carr put up the following stat line:

Granted, his inflated passing yards were due to a lot more passes than normal.  However, he remained consistent in terms of completing passes as he still completed a very high percentage even with this extremely high workload.  In terms of where he stacked up among other QBs, he finished in the following spots:

Overall, he did exceptionally well passing at this rate considering how horrendous the Las Vegas Raiders offensive line was last season.  The Raiders OL got Carr sacked 40 times on the season, less than only Joe Burrow, Ryan Tannehill, Zach Wilson, and Baker Mayfield, precisely 1 of whom had a great season.

Now it comes down to whether or not Carr is over or under-rated.  I believe, as of right now, he is underrated by a slight bit, not by a huge amount, however.  His talent is definitely within the top 15 quarterbacks in the league, and he is definitely going to improve this year with the addition of Davante Adams to the team.  Overall, I would say he is generally properly rated by the NFL fandom but underrated in most other cases.