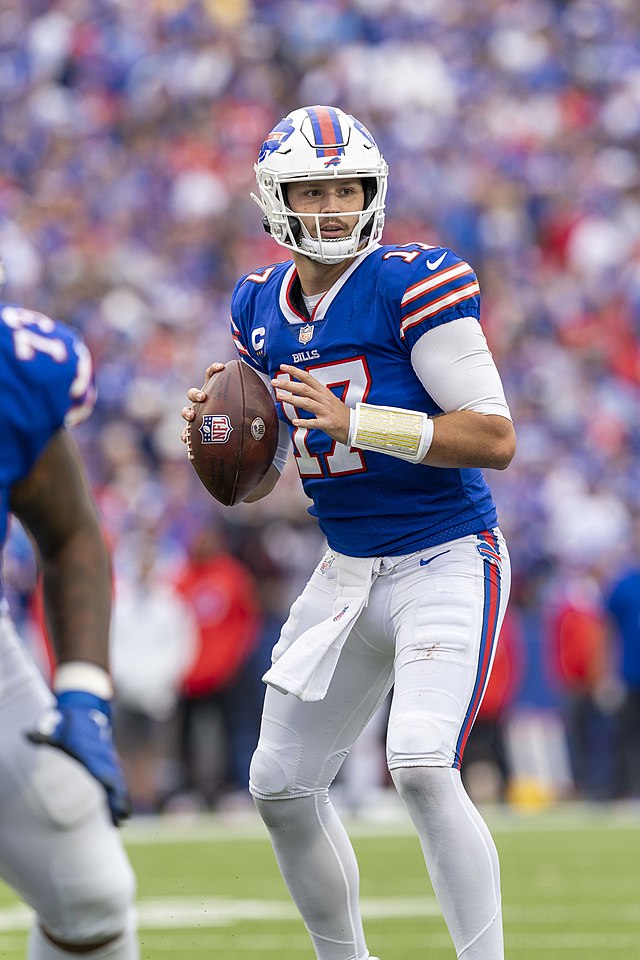 Who is the best Super Bowl contender?

The 2022 NFL season is mightily approaching and it’s nearly time for Carrie Underwood to deliver an intense preview for Sunday Night Football. Each NFL team has a clean slate in pre-season and every NFL ring leader wants to inject their team with an aspiration of reaching the Super Bowl. Although, there are undoubtedly many NFL squads that are superior to other NFL teams. With that stated, I’m going to untwine the 10 best Super Bowl contenders in 2022.

Let’s be honest – the Buffalo Bills are the most well-rounded NFL team in the league. The Bills have a Thor-like figure at QB with Josh Allen, as he possesses an unusual combination of arm talent and running ability. The Bills GM Brandon Beane also nicely brought in RB James Cook and TE O.J. Howard to aid Allen.

Of course, the Bills pass rush will really shine with the future Hall of Famer Von Miller – who picked up his second Super Bowl ring last season. I trust that Ed Oliver and Gregory Rousseau will take the next step in the upcoming season, too.

According to The Lines, the Bills carry the best odds of winning Super Bowl LVII.

It’s true that many NFL fans would find it boring to picture the Los Angeles Rams winning their second-straight Super Bowl ring. Nonetheless, Sean McVay and Les Snead found a way to maintain a stunning, Super Bowl-contending roster this off-season. As widely enunciated, the Rams brought in the mythical Bobby Wagner and the athletic freak Allen Robinson. Barring an illogical late-game comeback from TB12, I foresee the Rams representing the NFC in Super Bowl LVII.

The GOAT of athletes, Tom Brady, is most likely gearing up for his last ride in 2022. The Bucs still showcase fantastic weaponry for Brady — as they have Chris Godwin, Mike Evans, Playoff Lenny, Rachaad White, Russell Gage, and the ole-reliable Cameron Brate. The Bucs defense carries an intimidating, top-tier front seven – which is led by Lavonte David and Shaq Barrett. The Bucs also brought in Akiem Hicks (3.5 sacks, 9 QB hits in 9 games last season. Ray Lewis once commanded that his squad would leave everything out on the line in his final playoff gauntlet & I anticipate Brady’s brotherhood also leaving everything out on the field for him in the 2022 playoff tournament.

I feel an infinite amount of passion for the Los Angeles Chargers direction. I expect the Chargers QB Justin Herbert, who has impressively climbed the ladder over the past two seasons, to have his best single-season output in 2022. I would be shocked if the Chargers don’t have one of the best pass defenses in football after they inked J.C. Jackson and highly gifted pass rusher Khalil Mack in the recent free agency period. After the Cincinnati Bengals surprised the NFL world last season, I believe the Chargers will turn heads in the 2022-2023 season.

The Cincinnati Bengals had an under-dog, Rocky Balboa-like attitude in their journey to the Super Bowl last season. The Bengals rightfully upgraded their offensive line for Joe Burrow – as they brought in La’el Collins and Alex Cappa. I imagine that Burrow and Ja’Marr Chase will take care of their part in the passing game. On the flip-side, I have confidence in the Bengals ability to make life miserable for opposing passing offenses. The former Saints DE Trey Hendrickson unleashed 14 sacks in 2021 – after unveiling 13.5 sacks in 2020. It won’t be easy for the Bengals to return to the Super Bowl, but they have more beef than last season and unlimited potential on offense.

The New Orleans Saints have a healthy Michael Thomas, a likely un-suspended Alvin Kamara in 2022, and potentially a Top-3 defense in the NFL. The Saints also know how to defeat the ageless wonder in Brady better than any other club. Most impressively, the Saints have the faces on defense (Tyrann Mathieu, Cameron Jordan, Demario Davis, and Marshon Lattimore) that can make life hell for opposing QBs in the pivotal playoff contents.

The Kansas City Chiefs always have a chance to win the Super Bowl with Patrick Mahomes at QB. The Chiefs don’t only display Mahomes, but they also yield the Top-3 TE Travis Kelce and the shiny and illustrious WR JuJu Smith-Schuster on offense. On defense, the Chiefs will ask their three-time Pro Bowl DT Chris Jones and three-time Pro Bowl DE Frank Clark to constantly harass opposing signal-callers.

The Green Bay Packers have their John Lennon-like QB Aaron Rodgers, but they shipped away their two-time All-Pro WR Davante Adams. I may have expressed more confidence in Mahomes after KC traded away Hill. Although, the Chiefs weapons are still more potent than the Packers receiving weapons. The Packers will likely have growing pains at the WR spot, but A-Rod should find ways to make his magic work in big moments. The Packers secondary (led by Jaire Alexander) will be a force to be reckoned with moving forward.

I am a big fan of the Indianapolis Colts new look from a season ago. Matty Ice has a ton of gas left in the tank and his friend Jonathan Taylor will also stride for his second-straight All-Pro season. The Colts defense leveled up this off-season with the additions of Yannick Ngakouye and Stephon Gilmore. The Colts may not have a young QB with a rocket launcher arm, but they are quite well-rounded and I believe they are a legitimate Super Bowl contender.

The Denver Broncos can break down opponents by a thousand cuts with their dual-threat QB Russell Wilson and their superb RB duo (Melvin Gordon, Javonte Williams). The Broncos WR group isn’t less than dangerous after Tim Patrick’s ACL injury. DEN portrays Jerry Jeudy, Courtland Sutton, and the electric wideout KJ Hamler. The Broncos defense wasn’t able to reunite with Von Miller, but the Broncos defense can still lean on the first-year Bronco and speed rusher, Randy Gregory, and veteran edge-rusher Bradley Chubb to bury opposing signal-callers in the dirt.