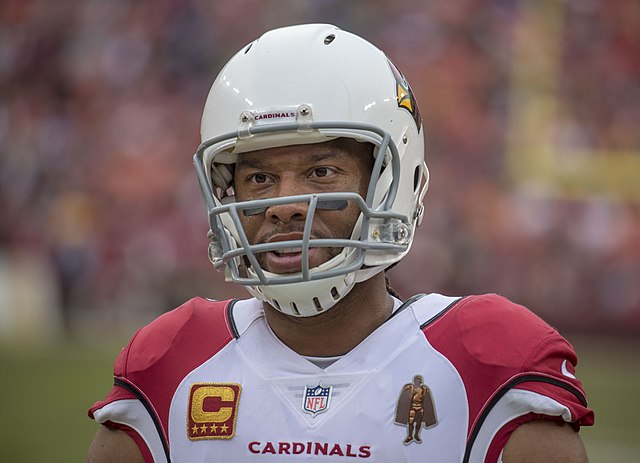 Who is the best wide receiver of all time?

The NFL has witnessed countless alpha wide receivers (with swag) in its existence. There has been a plethora of Hall of Fame-caliber WRs over the prior 15 years — such as “Megatron”, Larry Fitzgerald, Terrell Owens, and Randy Moss. So, where do these recent, electric wideouts stand amid the best-ever WRs? Well, I’m going to untwine the 10 best WRs of all time.

The legendary San Francisco 49ers wideout Jerry Rice may have used stickum, but he was undoubtedly the best WR to play the game. Rice was a first-team All-Pro a whopping 10 times! He had eight seasons of 13+ receiving touchdowns. Furthermore, he ousted six seasons of 1,499+ receiving yards. He even won Offensive Player of The Year in 1987 and in 1993.

Before Justin Jefferson mopped the floor against opposing cornerbacks in Minnesota, there was a mythical character named Randy Moss that terrorized opponents. Moss had 17 receiving touchdowns as a rookie – which led him to garner Offensive Rookie of The Year. His most impressive season arrived in 2007 with Tom “The GOAT” Brady – where he unveiled a record-breaking 23 receiving touchdowns in a single season.

Don Hutson may be a dinosaur-like WR – as he started his NFL journey in 1935. Nonetheless, he ascended into an unstoppable force with the Pack. He was named first-team All-Pro a whopping eight times in his football life. In 1942, he (quite) impressively unleashed 1,211 receiving yards and 17 receiving touchdowns.

The other greek god-like Vikings WR to make this list is none other than Chris Carter. The eight-time Pro Bowler finished with 13,899 receiving yards and 130 touchdowns. Carter – also known as “Sleepy” – ousted three seasons of 13+ touchdowns. Could another NFC North wideout be ranked after him?

The former unearthly Detroit Lions WR Calvin Johnson Jr. once summoned two New Orleans Saints cornerbacks to guard him on a play. Johnson Jr. wasn’t only a WR from a different planet, but he also played at an unusually high level with pedestrian QB play. Megatron ousted 1,681 receiving yards and 16 TDs in 2011 and then managed to unleash 1,964 yards in 2012.

Terrell Owens, also known as Antonio Brown before Antonio Brown, was a pillar of top-tier domination over a long duration of time. He somehow managed to unleash seven seasons of 13+ receiving touchdowns. He also had nine seasons of 1,000+ receiving yards. TO was named first-team All-Pro five times in his career.

*TO also played in a Super Bowl with a freakin broken leg!

The Arizona Cardinals legendary wideout Larry Fitzgerald made a whopping 11 Pro Bowls in his “only Cardinals” career. Fitz has notched eight seasons of at least 8 TD catches. Furthermore, he’s unleashed nine seasons of 1,000+ receiving yards. He finished his AZ career with 121 TDs & 17,492 yards. He also co-won Walter Payton Man of The Year in 2016.

Marvin Harrison was undeniably a gift from the football gods to the Indianapolis Colts. Harrison unleashed eight seasons of 10+ receiving touchdowns. He also had three seasons of 1,500+ receiving yards. He was named first-team All-Pro three times, made eight Pro Bowls, and even took second place in the OPOY voting in 2002. Let’s not forget that he and Peyton Manning won Super Bowl XLI.

The utterly talented & controversial WR Antonio Brown has been a wrecking ball over the past decade. Brown has been named first-team All-Pro four times and he’s also made seven Pro Bowls. He’s recorded 12,291 total yards and 83 touchdowns. Of course, AB picked up his pivotal Super Bowl ring with Tom Brady last season. So, the question is: is AB done in the NFL?