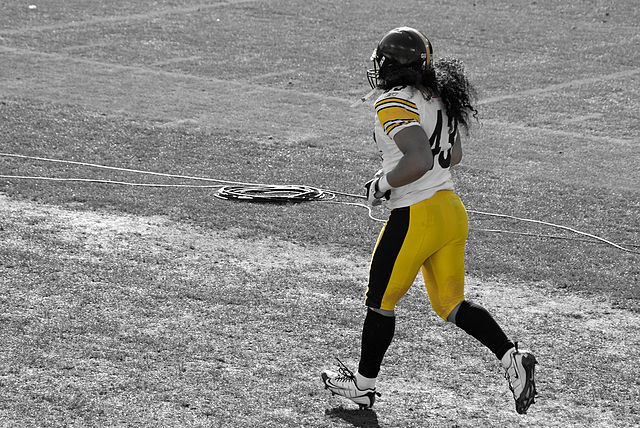 Who is the best safety of all time?

The NFL has had countless decorated safeties in its existence. There have been superb ball-hawks, extremely hard-hitting (and fun to watch) safeties, and overly impressive all-around safeties. With that enunciated, I’m going to untwine the 10 best safeties of all time.

The long-time Baltimore Ravens safety Ed Reed didn’t have sexy dance moves, but he was a nightmare for opposing quarterbacks. Reed was a five-time first-team All-Pro & he made nine Pro Bowls with the Ravens. Furthermore, the player that kept Bill Belichick and Tom Brady up late at night won DPOY in 2004. Most importantly, he won Super Bowl XLVII. He finished his career with 64 interceptions (including seven pick-sixes), 139 pass deflections, and 646 combined tackles.

Reed was a part of an unnaturally talented defense (which also showcased Ray Lewis, Haloti Ngata, and Terrell Suggs), to say the least.

The San Francisco 49ers legendary defensive back Ronnie Lott started his career off as a dominant cornerback and then transcended into a Hall of Fame-caliber safety. Lott registered five first-team All-Pro nods and made six Pro Bowls as a 49ers safety. He had an incredible ten interceptions in 1986. In 1988, he had a whopping eight interceptions!

Emlen Tunnell may have fought a long time ago in a Galaxy far far away. Nonetheless, Tunnell was still a Greek god-like safety. He made eight straight Pro Bowls from 1950 to 1957. He also was a four-time first-team All-Pro safety. He had 10 seasons of at least six interceptions. Yes, you read that correctly. He also proudly won two NFL Championships.

The man in the head and shoulders commercial, Troy Polamalu, garnered four first-team All-Pro nods. Let’s not forget that he won DPOY in 2004. In addition to having 32 career interceptions, he had 56 tackles for loss, 14 forced fumbles, and 12 QB hits.

Paul Krause started to breathe fire in 1964 – when he unleashed 12 interceptions as a rookie (which led him to garner first-team All-Pro honors). In his career, he unveiled nine seasons of at least five ints! He also had a monster 1975 campaign – as he obtained 10 ints.

The legendary New England Patriot Rodney Harrison was extremely well-rounded and a flat-out winner. As the Twin Spires Edge noted, he was the first player to oust 30 sacks and 30 ints in his playing career. He was named first-team All-Pro twice & he was named first-team All-Pro once. Of course, Harrison also won two Super Bowl rings with the Pats.

The Houston Oilers legendary safety Ken Houston has the record for the most consecutive number of Pro Bowls (12) by a safety. He also recorded five defensive touchdowns in a single season (1971) — which is also an NFL record. In 1971, he also ousted a freakish nine interceptions.

Larry Wilson is another old-school freak of nature. Wilson was a five-time first-team All-Pro for the St. Louis Cardinals, while also making eight Pro Bowls. In 1966 – he garnered 10 ints (including two pick-sixes). Before Patrick Peterson terrorized opposing QBs – Wilson was a curse to opposing signal-callers.

The ultra ball-hawk Rod Woodson was named first-team All-Pro a whopping six times. Furthermore, he made 11 Pro Bowls! He had six seasons of 5+ interceptions & three seasons of 7+ ints. He took home DPOY honors in 1993, as well.