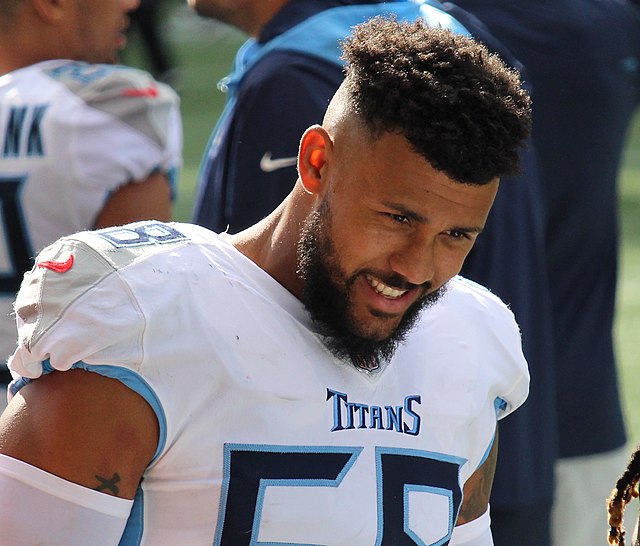 The Tennessee Titans edge rusher Harold Landry unleashed personal-best figures in sacks (12), quarterback hits (22), combined tackles (75), and tackles for loss (14) a season ago. His efforts and growth in his fourth season led him to punch his first ticket to the Pro Bowl. The Titans awarded his 2021 performance by inking him to a five-year contract extension worth $87.5 million dollars (including $52.5 million guaranteed).

Well, it was confirmed by Adam Schefter of ESPN that Harold was dealt a mountain (by Fauozia) of adversity – as he suffered a torn ACL in Wednesday’s practice. Landry will have to intensely work to bounce back, while the Titans need the likes of Bud Dupree and Ola Adeniyi to blossom.

With that said, I would still unequivocally like to see the Titans target a free agent pass rusher to hunt down opposing signal-callers. Hence, I’m going to untwine five potential replacements for Harold Landry.

The former San Francisco 49ers pass rusher has had constant injury issues – as he’s missed 26 games in the past two seasons combined. However, I still believe he nicely showed his talent at 30 years old (in 2021) by ousting three sacks and four QB hits in six games. If he stays healthy, he can blatantly be a wrecking ball.

The Minnesota Vikings legend, Everson Griffen, still has some gas left in the tank. Griffen ousted five sacks and 10 QB hits in nine games last season. He also had six sacks, 14 QB hits in 2020. Furthermore, he made the Pro Bowl in 2019 by registering 8 sacks and 24 QB hits. Besides 2021, he usually has been able to stay healthy.

The New Orleans Saints have tremendous pieces (Cameron Jordan, Marcus Davenport, and Payton Turner) at their DE spot. Jordan is still playing at a high level and I expect Turner to be at least a several sacks plus edge player, too. It may also be difficult to retain Davenport (who is a FA in 2023). After the Saints shipped out Chauncey Gardner-Johnson in his contract season, Dennis Allen may wish to ship away Davenport for the right offer.

The D2 legend and utterly explosive edge rusher Chris Garrett may be a great value pick-up by the Titans. Garrett, who has had injury hiccups this summer, was waived by Sean McVay and the Rams. He holds a similar skill-set as Landry & he could potentially be a star for the Titans long-term.