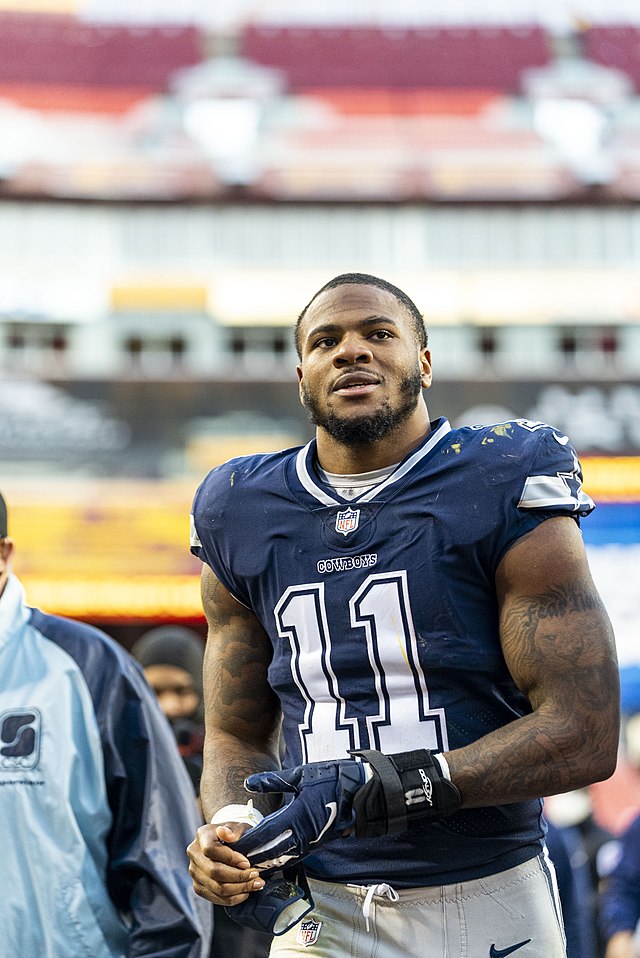 There are clearly a lot of gifted football players in the year of 2022. The spot-light undoubtedly is handed to the top quarterbacks in the NFL. The cream of the crop QBs garner expectations to win the most prestigous, individual award: MVP. Well, I’m going to roll out the red carpet for a few under-the-radar QB faces and even non-QB players. Without further ado, here are my 10 best darkhorse MVP candidates in the 2022 season.

The 2016 MVP, Matt Ryan, is back in a situation where he is surrounded by sexy offensive pieces. Ryan will enjoy utilizing Jonathan Taylor (1,811 rushing yards and 18 rushing touchdowns in 2021), Michael Pittman Jr (1,082 receiving yards in 2021), and Alec Pierce (Colts second-round pick in 2022) – who is seen as an OROY favorite by countless NFL heads. I also absolutely love Matty Ice’s 30th ranked schedule in 2022.

Bart Scott isn’t in the wrong for believing that Jameis Winston can win MVP in 2022. Jaboo has a hungry & healthy Michael Thomas, a legendary slot WR in Jarvis Landry, & a talented rookie WR (Chris Olave) that has dazzled this off-season. Furthermore, he’s on a Saints team that has constantly mopped the floor against the Tampa Bay Buccaneers.

The Minnesota Vikings nicely unveiled a sophmore season (108 receptions, 1,616 receiving yards, and 10 touchdowns) that was more potent than his rookie season (88 catches, 1,400 receiving yds, and 7 TDs). Jefferson is in a shiny new offensive scheme with Kevin O’Connell and he clearly will have plenty of creative assignments. He shouldn’t just set his sights on being the next wideout to win OPOY, as he should aspire to win MVP.

I may be cheating with slotting two Minnesota Vikings back to back. Nonetheless, I really believe Kirk Cousins is due for a career season – after throwing 33 touchdowns to 7 interceptions last season. Captain Kirk has had a 100+ passer rating in each of his prior three seasons. Furthermore, he’s made the Pro Bowl in two of his past three campaigns.

The warrior Dak Prescott unveiled a career-best 37 passing touchdowns to 10 interceptions last season. Prescott also had a 68.8 completion percentage (personal-best). Despite Amari Cooper leaving town, I expect Prescott to improve from last season with an ascending Ceedee Lamb & a healthy Michael Gallup. Even if Prescott sits on a potentially overpopular squad, I still believe he’s an underrated MVP candidate.

The sophmore QB from Alabama, Mac Jones, ousted 3,801 passing yards, 22 passing touchdowns (to 13 interceptions) a season ago. He was gifted a trip to the Pro Bowl after his succesful 2021 outing. Of course, he shined on and off the field at the PB. I forsee Jones taking a signifcant step forward in year two with Devante Parker. If he can edge out the Buffalo Bills once (or twice), he can certainly improve his MVP chances.

I honestly love the direction with the Jacksonville Jaguars offense. The Jags offense has gifted Trevor Lawrence a healthy Travis Etienne, the explosive Christian Kirk, and the match-up nightmare in Evan Engram. Lawrence had a rough rookie season, but he has more firewpoer and a much wiser head coach than a season ago.

Micah Parsons is simply a freak of nature. I believe he will soon be regarded as the best defender to come out of the draft since Aaron Donald. Parsons had an unbeliveable DROY season (13 sacks, 30 QB hits, 20 TFLs, and 3 FFs). He was given first-team All-Pro honors for his rookie efforts, as well. I believed Parsons can be DPOY in 2022, while he very recently made it clear that he believes he can be MVP in the upcoming season. I certainly won’t disagree with him after his take.

The young Dolphins signal-caller Tua Tagovailoa is likely head over heels with his potent supporting cast. He has the fastest WR tandem (Jaylen Waddle and Tyreek Hill) in the league. He also has his own young, offensive wiz head coach in Mike McDaniel. Perhaps Tagovailoa can have a lot of victories & make an infinite amount of splash plays.

There have only been two defensive players to win MVP and it may not be a surprsie to state that neither of those profiles were a cornerback. J.C. Jackson may just be the first CB to win MVP! He had 9 ints in 2020 and 8 ints last season. He will certainly have a plethora of more opportunities to dominate in a Chargers defense that features Khalil Mack and Joey Bosa. There will also be A LOT of desperate opposing teams that try to keep pace with Justin Herbert – which could spell that oppposing QBs will be pressured into more mistakes.