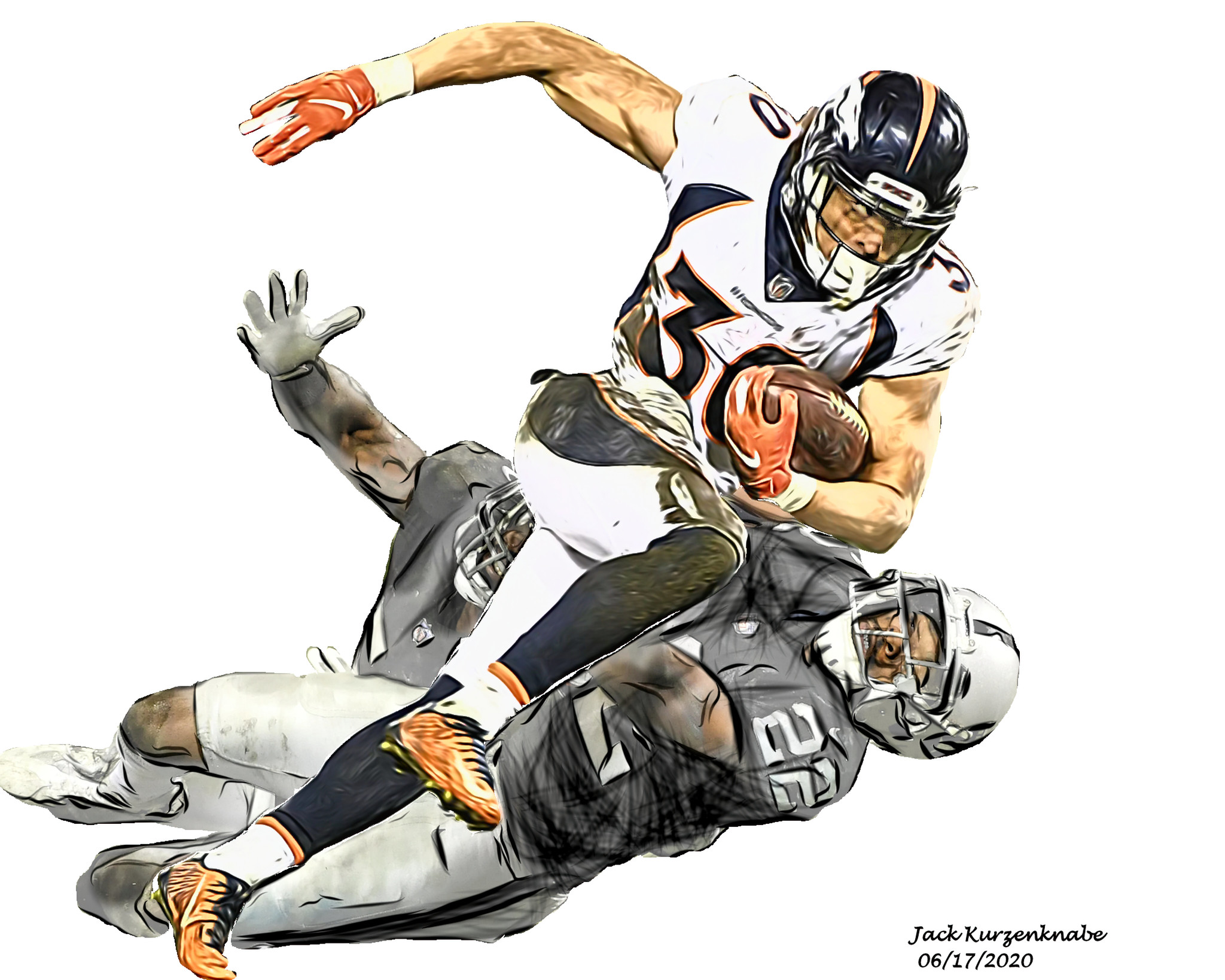 The Indianapolis Colts recently moved on from the undrafted legend Phillip Lindsay. The former Denver Broncos RB unleashed 1,037 rushing yards & nine touchdowns in his rookie campaign (which garnered a Pro Bowl berth). In his sophomore season, he ran angry for 1,011 rushing yards and 7 rushing touchdowns.

Lindsay was given a golden ticket to play alongside RB Jonathan Taylor this off-season. Well, he didn’t shine enough to keep a seat in the Colts RB room – as they opted to ride with JT, Nyheim Hines, and Deon Jackson. After Lindsay packed his bags and left Naptown, the question is: what are the best landing spots for the FA ball carrier? Well, I’m going to untwine the 7 best landing spots for him.

The new-look Minnesota Vikings have a hulk in Dalvin Cook, but he certainly has baggage – also known as injury issues. Cook missed four contests last season, two games the season prior, and two match-ups in the season before that. Furthermore, NBC Sports reported that the Viks are discussing an Alexander Mattison trade. It would be an understatement to say it would be wise for the Viks to ink an available, potent RB face.

The Carolina Panthers also have a cream-of-the-crop RB in Christian McCaffrey with injury issues. CMAC missed 10 games last season and 14 contests in the season prior. CAR could absolutely benefit from another talented face at RB. After bringing in Baker Mayfield, they should make another sharp move to thrive in the NFC South arms race.

Doug Pederson and his squad added countless exciting faces (such as Christian Kirk, Evan Engram, and Zay Jones) to their offense this off-season. Why should they slow down at this point? The Jags RB room would be extremely fun with a healthy Travis Etienne, a bruising RB in James Robinson, and an explosive RB in Lindsay.

The offensive genius Sean McVay and the Los Angeles Rams have an explosive player in Cam Akers, yet he has had constant injury issues (16 missed games last season and four missed contests in the season prior). It would undoubtedly be smart for them to look into bringing a healthy face to their RB group.

The Miami Dolphins don’t necessarily need a RB, but they have a very creative HC that has been obsessed with adding FA talent. They did try the Sony Michel experiment, but they moved on from him. The Phins could look into signing Lindsay to see what he can bring to the table.

The Billa mafia could bring in Lindsay and showcase a very impressive RB group for the upcoming season. I unequivocally anticipate them to be fighting late in the 2022 post-season, so they should make sure they have proper depth at RB and WR right now. I expect James Cook to dazzle, but it’s unclear if he will be superb all-around the edges in his rookie season. They should sign a veteran face in my opinion.

Similar to the Miami Dolphins, the San Francisco 49ers may wish to sign a RB after recently releasing a half-back. The 49ers aspire to mow down opponents with their run game, so they should make sure it can fire off on all cylinders in 2022.

What does Chauncey Gardner-Johnson bring to the Eagles?
What is the outlook for Kellen Mond?