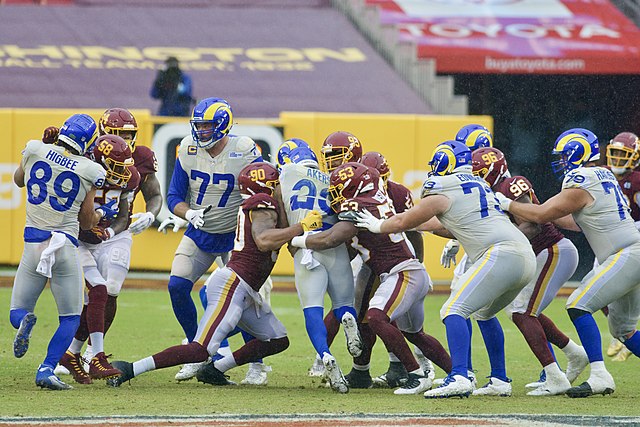 Who is the best x-factor for the LA Rams?

The Los Angeles Rams may have a high from their previous Super Bowl victory, but they need to go back to the drawing board for the 2022 season. Their first battle is inches away (on Thursday night against the extremely heavy Super Bowl favorite Buffalo Bills). Well, I’m going to bring joy and unique excitement to the Rams fan base – by untwining five x-factors for the Rams in the 2022 season.

The Rams 24-year-old safety, Taylor Rapp, had a sneaky good season in 2022: four interceptions (career-high), pass deflections (six), 1.5 sacks, 3 QB hits, and two tackles for loss. Rapp was even named NFC Defensive Player of The Week for his Week 6 performance. He will surely have an opportunity to prove himself against the best on Thursday night.

It’s a massive victory for Sean McVay to utilize a healthy Cam Akers, but they still have an aggressive Darrell Henderson Jr. The Rams RB2 from Mephmis ousted 688 rushing yards (while averaging 4.6 YPC) and five rushing TDs for the Rams offense. PFF handed Henderson Jr. a modest 68.7 grade for his performance in 2021. Besides LA showcasing the 2021 Offensive Player of The Year Cooper Kupp, the new and improved QB Matthew Stafford, and a talented RB1 in Akers, they have an exciting face in Henderson Jr.

The LA Rams showcase the mighty WR duo in Cooper Kupp & Allen Robinson. Yet, let’s not forget about the underrated Van Jefferson — who ousted 50 catches, 802 yards, and 6 touchdowns last season. The 26-year-old will be MIA for the opener, but I trust him to win his match-ups as the season progresses.

The Rams ace returner, Brandon Powell, had a punt return TD on a mere six PRs last season. He also averaged 26 yards per KR. He will be an exciting and consistent threat with more reps – to say the least. He will also have increased snaps at wideout in Week 1 with Jefferson healing his injury.

Justin Hollins may not be Von Miller, but he can have a breakout season at edge rusher. He nicely edged out Terrell Lewis for the starting OLB spot this summer. In eight games last season, the Rams OLB obtained a pair of sacks, 22 tackles, 1 QB hit, 1 TFL, and 1 FF.