Can Will Levis win the Heisman? 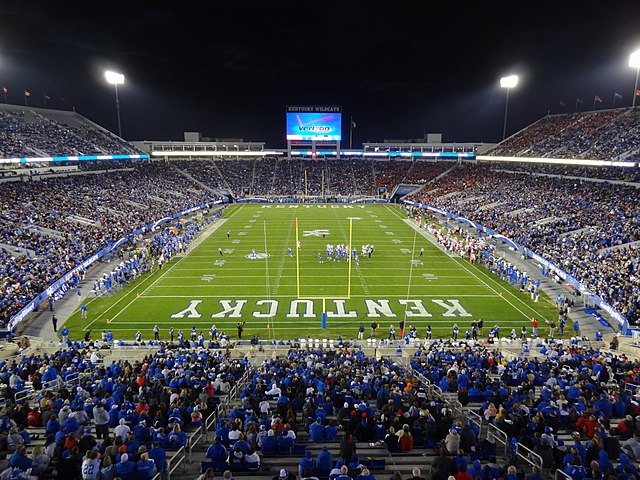 Who will win the Heisman?

Kentucky rolled past Miami (OH) in Week One 37-13. One of the reasons for this decisive victory was the play of quarterback Will Levis. By game’s end, Levis put together a 21/32, 303-yard, three-touchdown effort. The quarterback who transferred to Kentucky from Penn State back in 2020 has the Wildcats considered a favorite to compete for the second spot in the SEC East Division again this season, after going 10-3 last season.

The question has been asked by some whether Levis is capable of winning the Heisman Trophy. This is an interesting question for a couple of reasons. Talentwise, he’s clearly capable of standing alongside other players who are thought of as Heisman candidates. But that alone doesn’t mean he’ll be in a position to win the award. Kentucky has to prove itself to be a team that can compete on the national stage.

Levis will find himself in a number of games his team has to win, or at least play quite well in if he’s going to have any shot at winning the Heisman. This starts Saturday when the Wildcats head into Gainesville to take on the Florida Gators who are fresh off an impressive win against a favored Utah team. Levis needs to look convincing in this game. He also could benefit from missing a week of giving up interceptions to sweeten that Heisman offering as well.

The biggest thing for Levis is to take care of business in a convincing fashion every week, avoid making too many mistakes, and win the big games. Kentucky has got to beat Florida. They’ve got to beat Ole Miss and Tennessee. Then, there’s the massive game against defending national champion Georgia on November 19th. The Bulldogs will likely be heavily favored in that game, but if Levis plays well and somehow the Wildcats can pull off an upset, it isn’t impossible to think he becomes one of the favorites to win the Heisman.

The Georgia game is over two months away, though. For now, Levis needs to make sure he looks extraordinary in each game and that Kentucky is in a position to win every single week, which they came closer to accomplishing last season than many people thought possible. But that was last year. This season is an all-new challenge.

Georgia has reloaded and is ready to take the SEC East Division once again. Kentucky’s got to take care of prior business first, checking in 10-1 or so for the Georgia game, then Levis just might control his own destiny, depending, of course, on where Ohio State and Alabama’s quarterbacks find themselves. This is going to be a difficult task. It would mean asking something of the Kentucky football program it hasn’t given since its last national championship in 1950. But strange things regularly happen in college football.