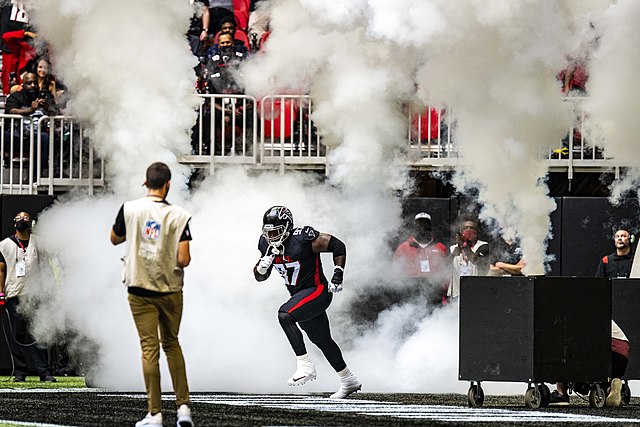 The Atlanta Falcons may not have a Super Bowl-contending roster, but they showcase numerous defensive players that can create a hades-like atmosphere for opposing signal-callers. It’s safe to say that the gifted profiles on the Falcons front seven (such as Grady Jarrett and Lorenzo Carter) will play with an extra edge against their despised NFC South foe in the New Orleans Saints tomorrow.

In the past eight match-ups between the Saints and Falcons, the Saints have won six of the contests.

Jarrett, who has made two Pro Bowl selections in the past three seasons, honestly has the edge against the likes of LG Andrus Peat and RG Cesar Ruiz. The former Stanford guard (Peat) ousted a dreadful 52.1 grade in 303 snaps a season ago. Furthermore, Ruiz made sure to have a PFF grade below 60 (as he had a 57.6 grade) last season. The Saints have a juggernaut RT in Ryan Ramczyk and a center named Eric McCoy that recently garnered a hefty contract extension, but their guard combination is a tad shady.

I undoubtedly believe Lorenzo Carter is the x-factor for the Falcons on edge. Carter had a career-high five sacks, a beautiful interception, eight QB hits, and six tackles for loss, for the GMEN last season. He will line up against LT James Hurt — who is filling in for the injured Trevor Penning (who is out until at least November).

If Carter & Jarrett can mop the floor against their competition, it will be quite difficult for Winston to utilize his Top-5 WR trio (Michael Thomas, Jarvis Landry, and Chris Olave). On paper, it may seem like the Saints have a sexy QB-WR duo that is (finally) healthy, but the Falcons could play spoiler to Winston’s debut in 2022 by displaying a Falcons pass rush that is more dominant than Cameron Jordan.