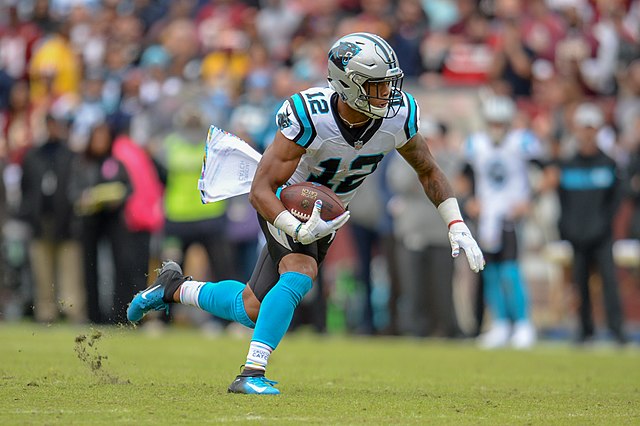 The NFC South showcases two legitimate Super Bowl contenders (New Orleans Saints & Tampa Bay Buccaneers), a potential wildcard squad in the Carolina Panthers, and a rebuilding Atlanta Falcons squad with a few dangerous faces. Ultimately, the difference between the NFC South and other divisions is that the NFC South makes football look good.

With that said, I’m going to design a preview for each squad in the intriguing and somewhat complex NFC South division.

The New Orleans Saints lost the greek god-like QB Drew Brees in 2021 and their genius head coach Sean Payton in 2022. Yet, the Saints GM Mickey Loomis (who looks like Christopher Nolan) found a way to create a Super Bowl-contending team this off-season. The Saints brought in Jarvis Landry and Chris Olave to join a healthy Michael Thomas. Furthermore, Who Dat Nation was also able to ink the other New Orleans native Tyrann Mathieu to crush the will of opposing signal-callers. It should also be noted that Alvin Kamara will not be suspended in 2022. Barring an injury to Winston or MT, I expect the Saints to be playing in the NFC Championship.

The Tampa Bay Buccaneers have a mythical QB in Tom Brady, but he can’t defeat Prometheus-like squads by himself. The Bucs still have an incredible WR duo (Mike Evans and Chris Godwin) for him to utilize. The Brady bunch also retained Playoff Lenny this summer. I expect him to oust ungodly stats for his third straight season. On defense, I expect Shaq Barrett & Joe Tryon to be a monster pass-rushing tandem. Let’s not forget about the blood-thirsty veteran LB Lavonte David. The reigning NFC South champions are a lock to have 12+ wins in my opinion. The question is: can they beat the Saints and the Rams?

The Atlanta Falcons aren’t going to have many blow-outs wins in the 2022 season. However, they have potential on their roster — especially on offense. I love the athletic ability of rookie WR Drake London and second-year TE Kyle Pitts. They may have growing pains with Marcus Mariota, but they should find a Pro Bowl berth early in their careers. On defense, ATL still has Grady Jarrett and Deion Jones – who can make life miserable for fellow NFC QBs. The Falcons may have five or six wins in 2022, but they could be scary with the right QB in 2023 and beyond.

Matt Rhule is trying very hard to keep his job & he honestly helped his chances by acquiring Baker Mayfield this off-season. The former first overall pick can make magic happen with the deep threat Robby Anderson and the shifty DJ Moore. Most importantly, the Panthers have a healthy Christian McCaffrey, who is one of the biggest dark horse OPOY candidates. On defense, the Panthers pass rush shouldn’t be less than potent — even without Haason Reddick. Brian Burns has been one of the most underrated NFC edge rushers in his young career – by spewing out 18 sacks over the prior two seasons combined.