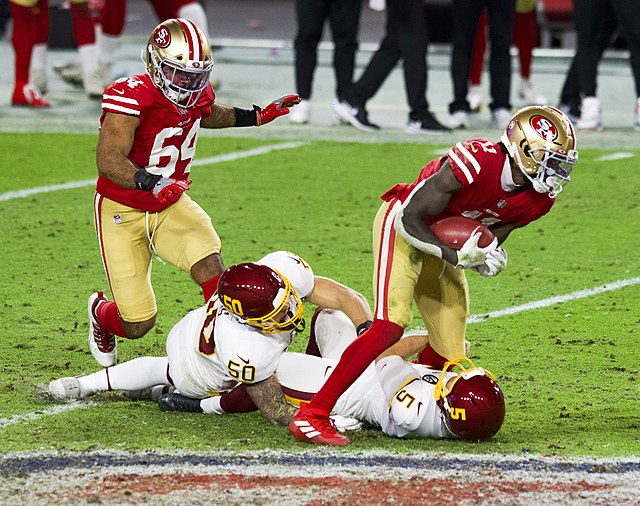 WRs to trade away right now

Week 1 started with the Josh Allen show and it ended with fireworks from Geno Smith (which may sound like a bit of a surprise). There is a lot of chaos to unfold in the fantasy football realm — particularly at the WR position. With that said, I’m going to untwine a few faces at the wide receiver position that ought to be shipped away heading into Week 2.

I’m not sold on Hunter Renfrow, who made the Pro Bowl last season, in 2022. He only capped off three catches for 21 yards in his first contest. Davante Adams stole most of the magic in Week 1 (as he hauled in 10 catches for 141 yards and a touchdown). The Raiders still have the unearthly TE Darren Waller (who recorded 79 yards in Week 1). Trust me, Renfrow won’t be the next Julian Edelman in his offense that will face a lot of brutal AFC West competition moving forward.

The San Franciso 49ers were the biggest loser of Week 1 in my opinion. Brandon Aiyuk was a ghost on that same team. Aiyuk notched a couple of catches for 40 yds. I’m definitely iffy about QB Trey Lance. Aiyuk blatantly sits behind Deebo Samuel and George Kittle —- with an unstable QB situation. Aiyuk still has some glamour from many flashes in his first two seasons, so it would be wise to see if someone else feels that he has an incredible ceiling in 2022.

I was a Kadarius Toney stan this off-season, but it looked like his controller was broken in Week 1. He had two catches for 23 yards. The worst part is that he only played 12% of the snaps in GMEN’s first contest. In the offense that runs through a healthy Saquon Barkley (18 carries, 164 rushing yards, and 1 TD), I’d be hesitant about relying on any significant impact from Toney. The former first-round pick also had a rocky rookie season – to say the least.

I didn’t love Mecole Hardman’s role heading into this season and he didn’t help his case by having three catches for 16 yards (with a touchdown) in Week 1. Hardman did find the end-zone, but his lack of ability to excel with six targets in Week 1 scares me. Mahomes also threw 360 yards and 5 touchdowns, yet he didn’t need Hardman to shine by his side. I’d scout to see if some owners believe Hardman has more upside than he deserves in the Chiefs offense in 2022.