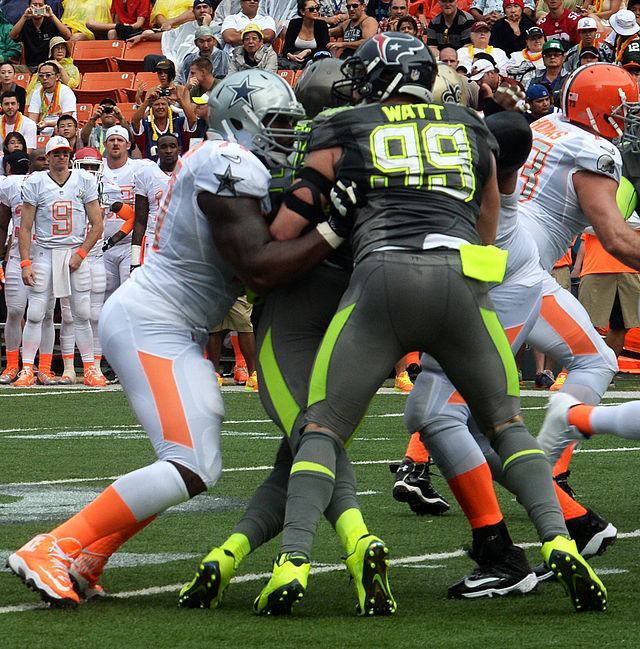 The mythical defender, J.J. Watt, still has a ton of gas left in the tank. Watt had a potent 79.9 grade by PFF in seven contests last season. In 2020, he also was unusually productive — as PFF handed him an 85.4 grade. Despite having six sacks over the prior two seasons combined, he has certainly been hard to block.

With that stated, Watt is set to be a free agent in the 2023 off-season. Hence, I’m going to untwine a few potential landing spots for the gifted athlete & special human being.

I’d absolutely love to see the New Orleans Saints ink Watt. They have been very aggressive to acquire talent on their defense in recent memory, but they are missing an elite piece at a crucial spot: an interior pass rusher. The combination of Watt on the inside, Cameron Jordan on the outside, and Demario Davis at MLB would be quite scary for opposing offenses. The Saints DE Marcus Davenport will be a FA in 2023, so it may be creative for Mickey Loomis to let Davenport leave and sign the monster from the inside, J.J. Watt.

It can be romantic to imagine Watt signing with a cream-of-the-crop NFC team, but it may make sense for him to stay in Arizona. The Cardinals have already moved on from Chandler Jones, so they may wish to do everything in their power to keep the elite DL in Watt onboard moving forward. Plus, the Cardinals want to win a Super Bowl with their QB (Kyler Murray) that received an unearhtly contract extension this past off-season. Hence, they may be willing to break the bank for their familiar pass rusher.

The Los Angeles Chargers and the Las Vegas Raiders targeted top-tier pass rushers in the 2022 off-season. I wouldn’t be shocked if two very well-rounded teams from the same division: New Orleans and Tampa Bay looked to add a big-time pass rusher next off-season — which could be a cherry on top for both teams. The Bucs signed Akiem Hicks on a one-year deal this prior summer. Perhaps Watt will look to link up on the imposing Buccaneers front seven (and potentially Tom Brady) in 2023?

The Detroit Lions may have the 22-year-old version of J.J. Watt in Aidan Hutchinson. It may be wise for the Lions to pair their rookie DL with the scary veteran DL for the Cardinals. The Lions had a superb off-season in 2021 and in 2022. It wouldn’t be a surprise if they add Watt or a profile with similar talent to their defense in 2023.

Despite not having an abundance of cap space, the Los Angeles Rams find ways to attract superstars. The LA Rams have a Prometheus-like front seven with Aaron Donald & Bobby Wagner. I wouldn’t be surprised if Watt took less compensation to join AD, Wagner, and have an impressive chance to win a Super Bowl in the near future.