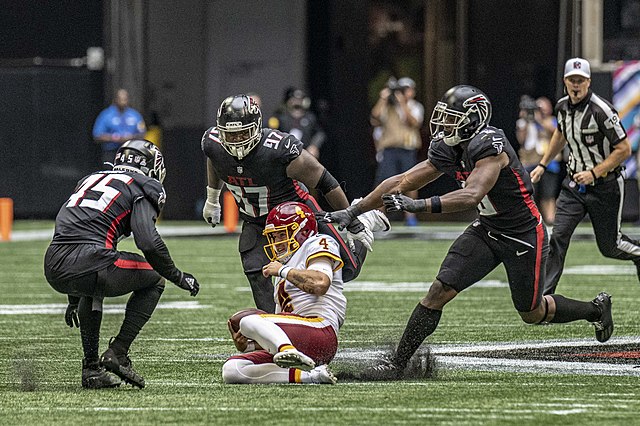 Are the Falcons underrated in 2022?

When the Atlanta Falcons fought tooth and nail with the New Orleans Saints last week, it surprised a lot of people. Being just Week One of the new season, perhaps that assessment was a bit unfair and premature for people. But with Matt Ryan heading out of town to play in Indianapolis with the Colts leading to uncertainty at quarterback, as well as a general lack of excitement surrounding the team in training camp and preseason, it isn’t surprising that was the case.

By all accounts, this Falcons team is expected to be a rebuilding one in 2022. Their days of being competitive are a couple of years behind them, and they’re putting out a roster that stands as a bit of a mystery to many people. Their best player, Calvin Ridley, isn’t even going to play a single down this season, as he serves his gambling suspension. Kyle Pitts, by all accounts, is the best player taking the field for the team this season.

The Falcons started Marcus Mariota at quarterback, who hadn’t started in an NFL game since 2020 with the Las Vegas Raiders. He didn’t look great in the passing game, but he didn’t look bad either, throwing for 215 yards, hitting on 60.6% of pass attempts, but without a touchdown. He did, however, score a touchdown in the running game, as well as going for 72 yards on 12 carries. The running game is where the team’s offense did best throughout the game.

Cordarrelle Patterson rushed for 120 yards and a touchdown on 22 carries. For not getting a lot of coverage or fanfare on the national level, Patterson has rather quietly been one of the more consistent running backs in the NFL over the last couple of seasons, after being converted from the wide receiver position he played throughout his career. The Saints had a difficult time slowing him down during the game.

Ultimately, the Falcons were haunted by a familiar issue. They gave up a big lead to lose a game. No Falcons fan wants to be reminded of 28-3, but the team this time gave up 17 points in the fourth quarter alone to the Saints offense. The Falcons did a good job on defense of containing Alvin Kamara, who rushed for just 39 yards on nine carries. They had less success containing Taysom Hill, who had 81 yards and a touchdown on just four carries.

Jameis Winston came up clutch in the fourth quarter, throwing for his two touchdowns and leading the Saints to a victory. But for the Falcons, giving up 17 points in the fourth quarter to lose a game you were clearly controlling up to that point is very disappointing. If this team is going to have any chance at being a competitive squad this season, they need to lock down when they have leads as they did in Week One and avoid falling into the trap that has been their reputation in recent history. If they can do that, maybe this team will have a shot at being underrated. But right now, it appears there’s some extra work to be done.