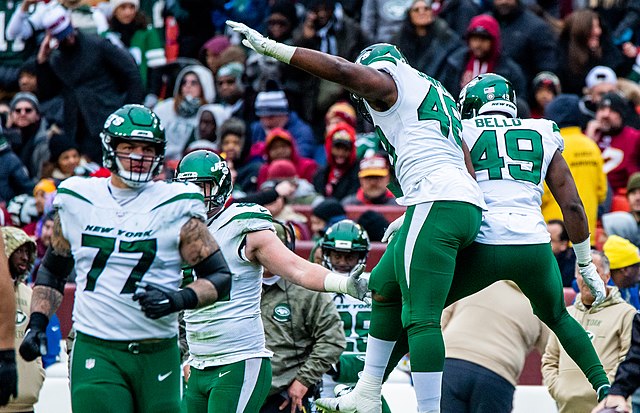 Latest takeaways from the Jets-Browns game

The New York Jets unequivocally had the most impressive win in Week 2 in my opinion. The Jets were facing a well-rounded Cleveland Browns team with their back-up QB Joe Flacco. Yet, the Jets were able to sneak out with an unusually impressive comeback victory by a score of 31-30. With that said, I’m going to untwine five takeaways from the Jets-Browns showdown.

In a ricky Ricky Gervais-like tone, I want to say “what the hell happened to Joe Flacco?”. Flacco clearly took it upon himself to look like Patrick Mahomes this weekend by unveiling four passing touchdowns against the Cleveland Browns. Flacco may be 37 years old, but he can absolutely sling the rock with a potent group of weapons (which the Jets possess).

The Jets 10th overall pick in the 2022 draft Garrett Wilson wasn’t exactly a slouch in Week 2. The former OSU WR ousted 102 yards and two touchdowns against the Browns. It’s safe to say that Wilson entered himself into the OROY conversation.

I’m positive that the Browns fans couldn’t be delighted that Myles Garrett and Jadeveon Clowney were both productive faces in Week 2. Each former first overall pick notched a sack against the Jets. Hopefully, Clowney can stay healthy and look to meet at the QB across from Garrett more often moving forward.

Besides the Garrett Wilson show being in full effect, Corey Davis was able to partake in the excitement on Sunday. Davis unleashed 83 yards and a TD on two catches — which is an impressive feat to say the least. It’s clear that Robert Saleh’s plan is proceeding as a expected at the WR spot.

One of the Jets x-factors, Ashtyn Davis, made his presence felt against CLE. He nicely snagged an interception against Jacoby Brissett to seal the victory.

All in all, it was clear that Joe Namath and the ghost of Buddy Ryan couldn’t be more proud of the performance by the Jets in Week 2.