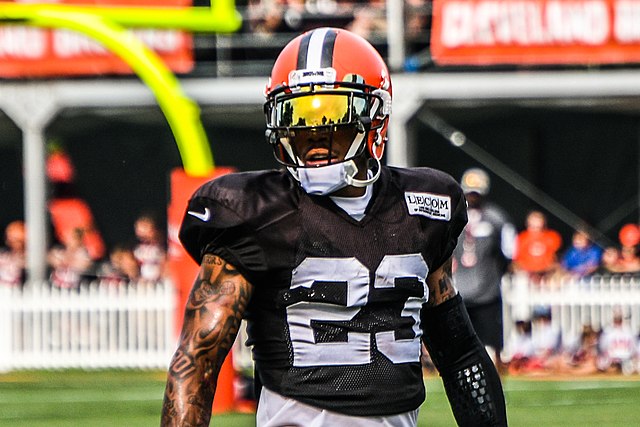 The former shut-down cornerback in the NFL and AFC North, Joe Haden, officially announced his retirement today. Haden will retire as a Brown (where he played seven seasons with them), as ESPN reported. The Browns first-round pick in 2010 obtained numerous Pro Bowl berths with CLE. He finished with 19 career interceptions as a Brown.

In 2017, Haden fled to a different AFC North squad: Pittsburgh Steelers. He didn’t prove to be washed up with the Steelers – as he cracked a PB nod with them in 2019. Furthermore, he accumulated 10 picks, 54 pass deflections, and 238 combined tackles. Unfortunately, he wasn’t able to win an elusive Super Bowl ring with the Browns or Steelers.

The ultimate question is: should Haden be inducted into the Browns ring of honor?