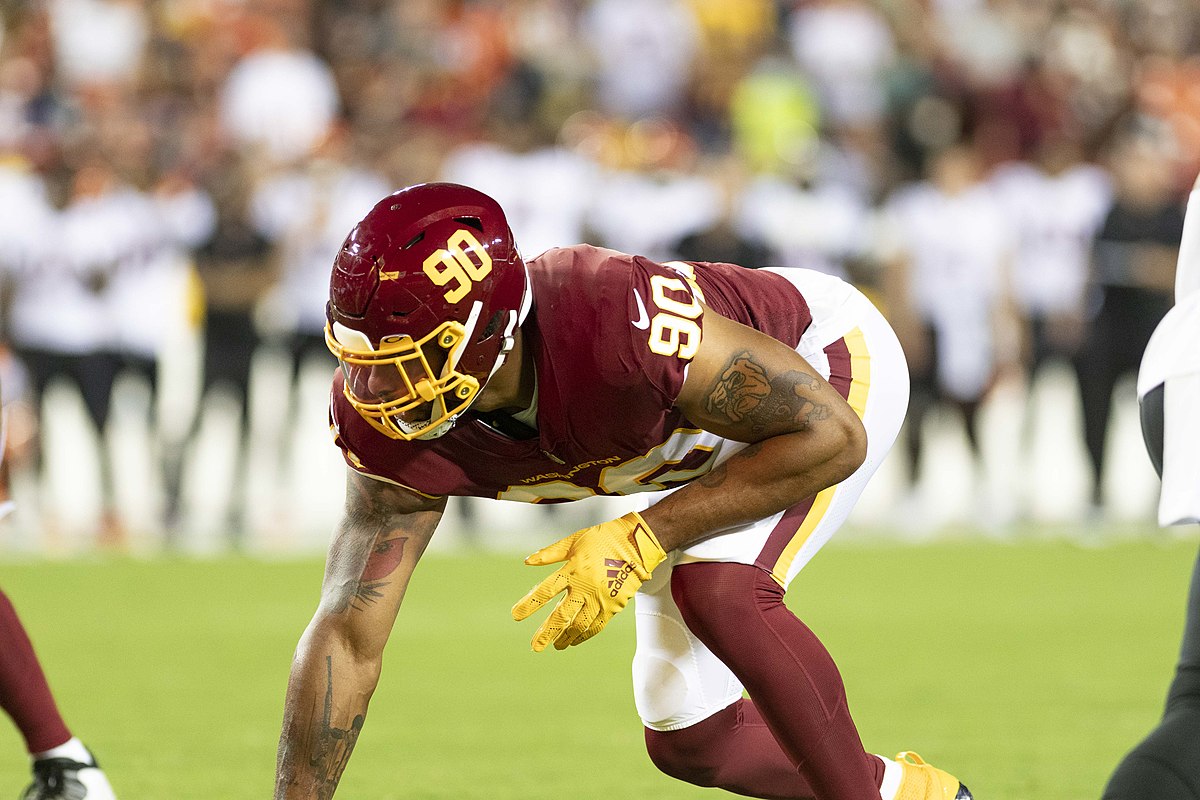 Potential trades for the Los Angeles Rams in 2022

The Los Angeles Rams have a head coach named Sean McVay that doesn’t play by the rules. The man that should be sponsored by five-hour energy will always be trigger-happy to make the right NFL trades. With that enunciated, I’m going to untwine five potential trades for the LA Rams in 2022.

The Allen Robinson experiment doesn’t look promising — as he’s merely unleashed five catches for 65 yards and one touchdown in two games thus far. If the Rams aren’t able to bring in another toy (such as OBJ), I’d love to see them reel in a big-body WR elsewhere. I feel that Corey Davis would be a splendid fit for the Rams. He has ousted 160 yards and a TD in two contests with the mediocre NY Jets offense. I expect him to be a Pro Bowl WR with McVay and Matthew Stafford. Plus, the Jets may be more lenient to shipping him away — as they still have Garrett Wilson, Elijah Moore, and Braxton Berrios.

The Rams secondary clearly hasn’t been talented enough to stop opposing signal-callers. Jalen Ramsey also hasn’t been off to a hot start in 2022. It may be wise to bring in a ferocious, young CB moving forward. I’d love to see them target Paulson Adebo, who is coming back healthy for the Saints. The Saints still have Marshon Lattimore (of course), P.J. Williams, Alontae Taylor, and Bradley Roby at the CB spot.

The deep-threat Scotty Miller had a disappointing performance against the Saints in Week 2. With that said, it may be wise for the Rams to throw a late-round pick for him and insert his speed into their offense. The Rams had some success with Desean Jackson last season. Perhaps Miller can be an x-factor with the Rams play-action this season.

Montez Sweat may be a hard profile to snag, but his talent and fit would be perfect for Washington. Sweat unveiled 21 sacks, 36 QB hits, 7 QB hits, 7 FFs, in his first 42 games. The Rams weren’t able to bring back Von Miller or ink Jadeveon Clowney. Perhaps they can make a creative move by acquiring the explosive, young DE in Washington.

It may be an underrated move to reel in an underperforming, yet talented, face in TE Robert Tonyan. The Packers TE had a whopping 11 touchdowns in 2020. He hasn’t been able to get into the right rhythm with A-Rod over the past year. The Packers TE could resurrect his career with LA and potentially be a legit red zone threat in the Rams aerial attack.