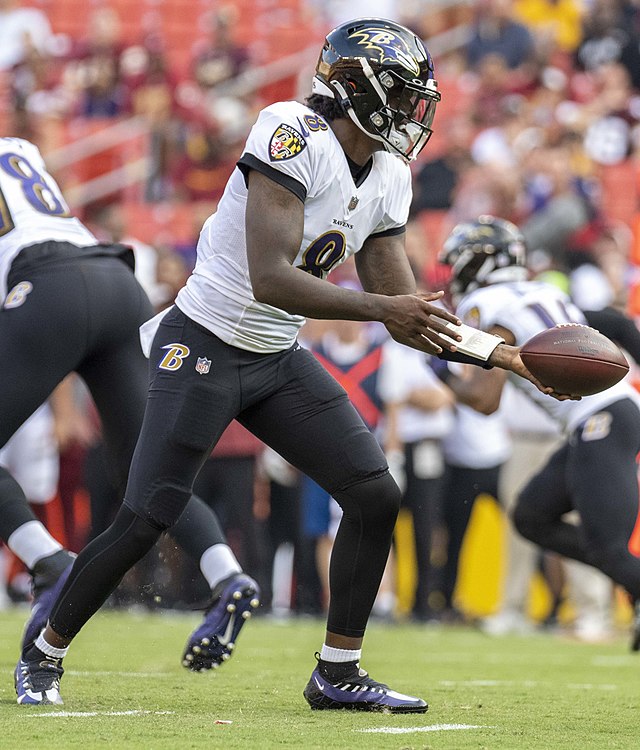 Josh Allen vs Lamar Jackson: who will win in Week 4?

The battle between Buffalo Bills quarterback Josh Allen and Baltimore Ravens quarterback Lamar Jackson in Week 4 will be more legendary than the fight between Po and Tai Lung. In the 2020 divisional round contest, Allen and the Bills edged out Jackson and the Ravens by a score of 17-3. After the playoff game, It was seen that Jackson was a pedestrian QB under the bright playoff lights. With that stated, I’m going to the outlook for each QB heading into Week 4 and conclude which mighty QB has the edge in the imminent blood-bath AFC showdown in 2022.

The Baltimore Ravens dual-threat QB and face of Madden 21 has been a breath of fresh air thus far. Jackson has registered a potent three passing touchdowns in each of his prior two match-ups. He was crafty with a 72.41 completion percentage in Week 2.

Let’s not forget that the scary leg ability combined with Jackson’s gifted arm, as he ran for 119 rushing yds and a TD last week.

Jackson is expected to have Rashod Bateman and Devin Duvernay back and healthy in Week 7 against the New England Patriots, according to The Baltimore Sun. It’s clear the second-year WR (Bateman) is improving his chemistry with Jackson after recording an impressive 108 yards and a touchdown in Week 2. Mark Andrews is also on fire (9 catches for 104 yds and 1 TD) heading into Week 4. Andrews was first-team All-Pro last season by hauling in 107 receptions, 1,361 yds, and 9 touchdowns.

The Bills have a lethal defense with Von Miller (2 sacks against LA in Week 1). The Bills rank second in PPG allowed. It’s worrisome that LT Ronnie Stanley is sitting out Week 3 and could not be ready for Week 4, too. Per Baltimore Ravens team page, he practiced on a limited basis for the first time Wednesday and Thursday. It’s encouraging that Stanley is shaking off the rust, but I believe it will seem unlikely for him to be 100% and in sync in Week 4.

The Bills have only allowed 17 points over the past two games combined. Although, It should be noted that the Bills defense has bled against top-tier signal-callers in recent memory. Patrick Mahomes unveiled three touchdowns and 378 passing yards in the latest divisional round & Tom Brady threw 363 passing yards and 2 touchdowns to defeat the Bills in December of 2021. The ultimate question is: which Bills defense should we expect against the elite Ravens QB?

The ring leader of Bills Mafia, Josh Allen, is undoubtedly the MVP favorite at this very early point in the season. The Bills QB1 has registered 7 passing touchdowns to 2 interceptions in two contests combined. He also ran for a touchdown and 56 yds in Week 1. Allen also has a freaky-high completion percentage (75.4 completion percentage) right now. It simply can’t be undermined that one of his wins came against the reigning Super Bowl Champion (Los Angeles Rams). Allen already has a whopping 90.7 grade by PFF.

The connection between Allen and Stefon Diggs is absolutely cooking. Diggs ousted 12 catches for 148 yds and 3 TDs in Week 2 & 8 catches for 122 yds and 1 TD the game prior. PFF has given Diggs a 90.8 grade for his work thus far. In 2021, Diggs unleashed 103 catches, 1,225 yds, and 10 touchdowns. Gabriel Davis garnered four catches for 88 yds in the Bills opener. Of course, he was a major factor in the recent Bills playoff battle against KC — by ousting a playoff-record four touchdown catches.

The Bills have honestly had quality pass protection early in the 2022 season — as Allen has only been sacked on three occasions in two contests. The Bills LT Dion Dawkins had done an admirable job (0 sacks allowed and a 76.9 grade by PFF). Dawkins was a pleasant LT last season with a 77.5 grade by PFF.

The Ravens pass defense was undoubtedly surprisingly porous last week against the Miami Dolphins. Tua Tagovailoa threw for a record six touchdowns against BAL. Tyreek Hill (11 receptions, 190 yds, and 2 TDs against the Ravens) and Jaylen Waddle (11 catches, 171 yds, 2 TDs) weren’t exactly weak against the Phins, too.

I am a big fan of the momentum that each AFC signal-caller carries in this early chapter of 2022. Although, it will undoubtedly be a tall task for Jackson to have a high-end performance against the Bills pass rush, especially if Stanley is MIA. I also really feel the Bills defense in 2022 is superior to the 2021 Bills defense (which was the best defense in football).

The Ravens defense has a ball-hawk in Marcus Williams (three ints in two show-downs) and an ascending rookie safety in Kyle Hamilton, but I don’t want to express extreme confidence in the Ravens CB group, to say the least. Marcus Peters has a 44.5 grade and Marlon Humphrey has a 61.2 grade by PFF after Week 2. Diggs also has a similar skill-set as Hill, so Ravens nation should be concerned.

Allen is 1-1 against the Lamar Jackson train, but I suspect that Allen will edge out the former Louisville QB and climb forward to possess the 2-1 record in the AFC rivalry. Allen inked a hefty extension in the 2021 off-season for a six-year deal worth $150 million guaranteed. Hopefully, Jackson can ink a massive contract extension with the Ravens very soon. It would be extremely exciting for the NFL world if each QB can remain with their squads and have a plethora of fascinating duels in the future.

The Bills and Ravens square off at 1 PM on Sunday, October 2nd.