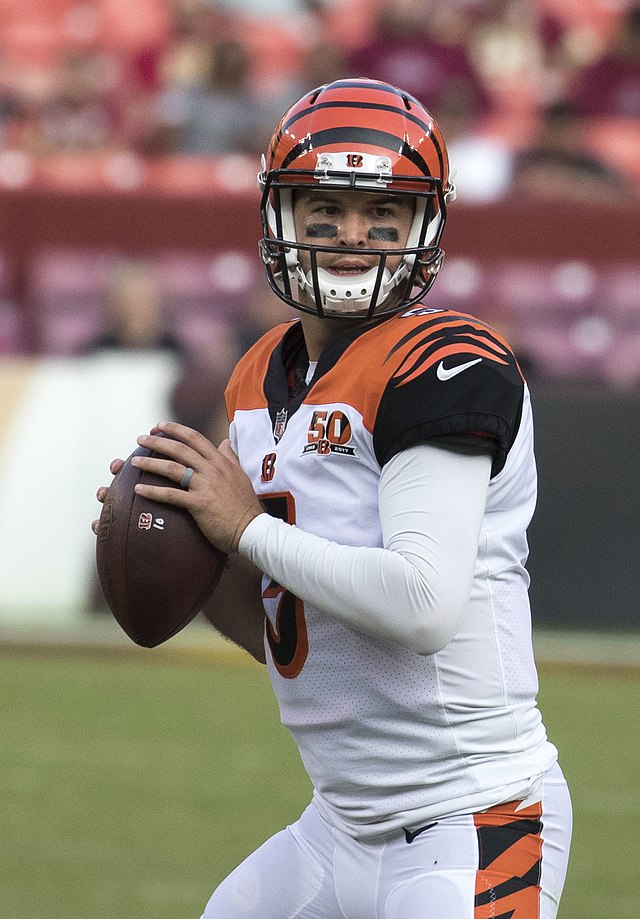 What to know about AJ McCarron

The GMEN are expressing deep interest in free agent quarterback AJ McCarron. Per ESPN, it seems doubtful that Daniel Jones will be ready to compete against the Green Bay Packers next weekend. So, the rightful question is: who exactly is AJ McCarron? Well, I’m going to untwine five things to know about McCarron.

McCarron was a legend at the college football powerhouse, Alabama. In his junior season, he ousted a whopping 30 passing touchdowns to three interceptions. He didn’t slow down in his senior season (as he threw 28 passing TDs to seven ints). Most importantly, he is the only QB to win consecutive BCS National Championships (2011, 2012).

McCarron is married to Katherine Webb. She is a model and she was also named Miss Alabama in 2012. It’s clear that the two are a power couple. The duo shares two kids together (Trip & Gunnar). She caught attention for her glow in the 2013 BCS National Championship game.

McCarron didn’t translate extremely well from the college ranks to the NFL level, but he did oust a winning record in his rookie campaign (2-1). In his rookie season, he also ousted six passing touchdowns to two interceptions and a 66.4% completion percentage. Although, he didn’t shine in his lone start in 2019 (where he lost the match-up).

It’s safe to say that football is in the blood of McCarrons. He has a younger brother named Corey, who played TE momentarily at Alabama, but then switched to Tennessee to play FB.

McCarron’s last stop in the NFL was with the Atlanta Falcons. He didn’t have a sexy journey with ATL, however. He landed on IR after suffering a torn ACL in Week 2 against the Miami Dolphins.