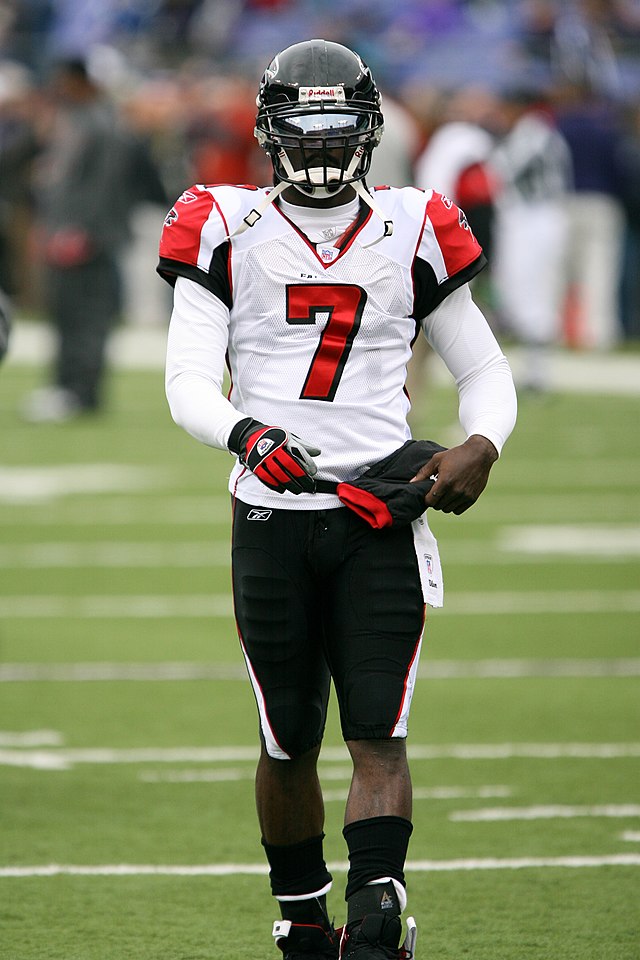 Will Michael Vick be cast into Canton?

The college football god, Madden cheat code, and the former dazzling dual-threat quarterback in the NFL, Michael Vick, officially hung up his cleats in the 2015 off-season. It wasn’t clear that Vick was special when he entered the league in his rookie season, but he was clearly on another level in his sophomore campaign (2,936 passing yards, 16 passing touchdowns to 8 interceptions, 777 rushing yards, and 8 rushing TDs). Vick was second in MVP voting (behind Peyton Manning) in 2004 by way of 2,313 passing yards, 14 passing touchdowns, a whopping 902 rushing yards, and leading his team to an 11-4 record.

It was well-noted that Vick caught the wrong type of spotlight for his role in dogfighting in the year 2007. He was given a tough sentence of 548 days in prison for his crime.

After his jail sentence, the former Falcons QB returned to a new team that still had a bird logo, the Philadelphia Eagles. He was the Eagles backup QB to Donovan McNabb in 2009, but he rose to become the Eagles QB1 in 2010. In the year that Apple released the iPad Tablet computer, Vick impressively and inspiringly won Comeback Player of The Year.

With that said, it was clear that Vick enjoyed the true definition of a roller-coaster NFL career. A fascinating, pivotal question surrounds the retired QB: Is Vick a future Hall of Famer?

I wholeheartedly believe that the former Falcons QB with an exciting playing style and inspiring comeback story should eventually be inducted into the HOF. He wasn’t the most prolific passing QB, but he holds the record for the most career rushing yards. Furthermore, it should be noted that he’s had numerous ungodly seasons. He may not have a Super Bowl ring, but neither does Tony Romo (who is also a HOF lock in my opinion). I’d also like to point out that Romo had seven quality seasons and Vick had six superb all-around seasons. Vick may be overly critical of his HOF chances, but I foresee the NFL figure that re-designed the QB spot giving a HOF acceptance speech and being cast into football heaven.