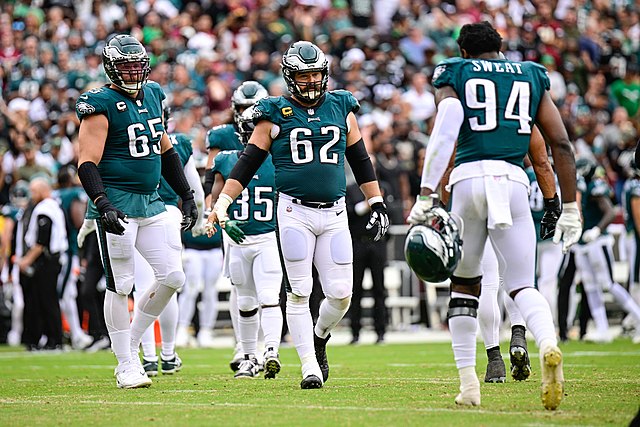 Will Jason Kelce be cast into Canton?

Jason Kelce, also known as the brother to Travis Kelce and potentially Tim Burton’s favorite football player (given Jason’s prior majestic hair color), has been breaking the will of opponents in the NFL since he was drafted by Philly in the sixth round of the 2011 draft. Kelce lifted on in 2014 by recording his first Pro Bowl berth. He would also garner a PB nod in the year that Muhammad Ali passed away (2016).

Kelce was flat-out a bully in 2017, 2018, 2019, and 2021 by ousting first-team All-Pro honors in each of those seasons. I sincerely agree with Kelce in that he was a snub by the 2010s all-decade team. Nonetheless, it’s widely regarded that he’s been one of the best centers over the past decade. With that said, there is a fascinating, pivotal question surrounding the Eagles C: Is Kelce a future Hall of Famer?

I absolutely foresee Kelce being cast into football heaven. Per NBC Sports, the ten centers not named Jason Kelce that have earned four All-Pro honors are in the Hall of Fame. Let’s not forget that Kelce also possesses a pivotal Super Bowl ring.

He has been a true Iron Man figure for the Eagles – as he hasn’t missed a single contest since 2014. Kelce may be 34, but he is still fighting at a high level (PFF has given him a 77 grade this season). He is also playing on the only undefeated team left this season. His QB Jalen Hurts is having a career season by way of 1,325 total yards and 8 total touchdowns to 2 ints. Hence, he could realistically win another Lombardi trophy and jolt his case of becoming a first-ballot HOFer in the future.