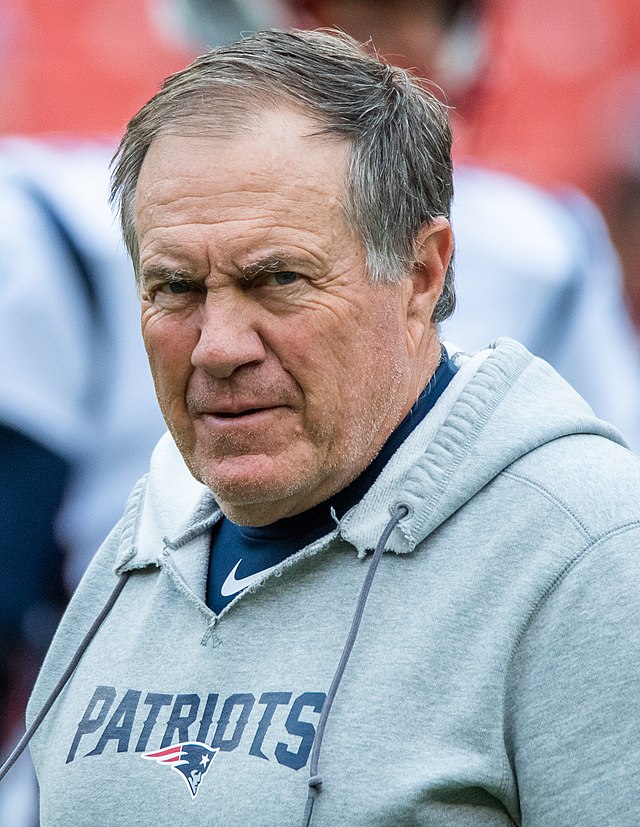 The New England Patriots over the last two decades have been revered for two people, those being now Tampa Bay Buccaneers quarterback Tom Brady and head coach Bill Belichick.  With head coaching becoming more and more notable by the day and being the primary focus of if a team succeeds or not, we now have the chance to look back into history.  In this article, I will be ranking the top 3 Patriots head coaches of all time and explaining why they are ranked in that spot.  So without further ado, let’s start off with the obvious:

This is about as easy as it gets in ranking any position or coaching group.  There is an immediate and clear-cut answer, and we all know why.  Some may argue Bill just got lucky by drafting Brady, and that his coaching skill is lackluster.  That is all but the truth, as the teams he was coaching were never necessarily the big-name players outside a few exceptions, I mean a 7th-round quarterback was their WR1 for the latter half of their dominance, that being Julian Edelman.  Belichick was able to take Tom Brady, put anyone around him, and just work with the strengths of Brady until they won the championship each and every year.  Many will want to doubt his greatness and find ways to dampen his accomplishments, even I do from time to time, but it is not arguable that he is one of, if not the best head coach of all time.  The list of accolades goes on and on:

If there is an accolade a head coach can achieve, Bill has it, and frankly he will probably continue to be the Patriots’ head coach for years to come.

Bill Parcells is widely regarded as one of the best head coaches of all time, yet many forget his stint in New England compared to his time with the New York Giants and as an executive later on.  His record may not show his strengths, going 32-32 in his time with the Patriots, but his accolades do.  Parcells turned the Patriots around from a team who had not been to a playoff game in 8 years to a team that was competing for a Super Bowl in the span of 2 seasons.

In his first season with New England, Parcells struggled, coaching the team to 5-11 and 4th in a division of 5 at the time.  However his 1994 campaign is his most notable, with Drew Bledsoe now steering the ship at QB, Parcells led New England to a 10-6 record, and their first playoff game in 8 seasons.  He also won coach of the year by 4 different standards (NFL, AP poll, Pro Football Weekly, Maxwell Football Club) which are the primary companies that have opinions on this debate.  Parcells would have another tough season in 1995 going 6-10 as Drew Bledsoe missed time, and then 1996 happened.  11-5, first in the division, a Super Bowl appearance for the first time in 11 years, and the 2nd time in team history.  This was primarily a coaching endeavor as well, as Bledsoe struggled that season throwing 15 interceptions to accompany his 27 touchdowns, only had a Quarterback Efficiency Rating of 83.7 (QBR was not measured at this time) and a sub-60% completion percentage at 59.9%.  Overall, Parcells should be revered for kickstarting the Patriots’ era of winning.

Finally, we have Raymond Berry, who was essentially “that guy” for the Patriots before Parcells and Belichick came along.  Berry was widely renowned for his playing career, but he also coached 87 games for the Patriots later on.  87 games are the 3rd most in New England history, and he also coached the 2nd most playoff games for them at 5 and won the 2nd most for New England with 3.  His most notable moment was bringing the Patriots to their first AFC Championship and Super Bowl in the 1985-1986 season, as well as a 48-39 overall record with the team.  Even though he never won a Super Bowl or a head coach of the year award with New England, he was a quality coach who had a lot of the firsts for the Patriots.