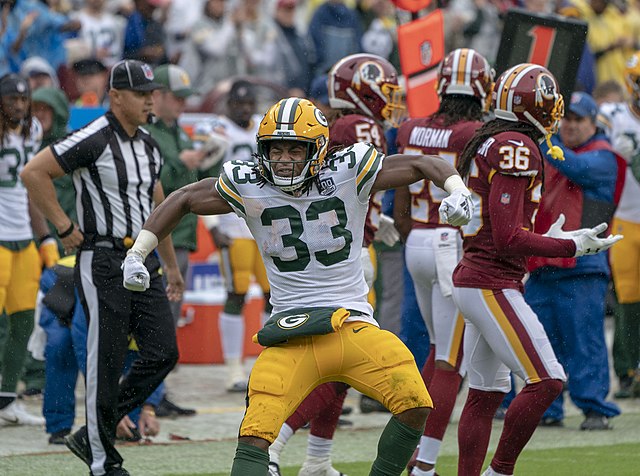 The fantasy football action has only just begun. Heading into Week 6, there has certainly been a lot of fun running back performances. However, there are some RBs that have left fantasy owners scratching their heads. With that said, I’m going to outline five RBs that are honestly overrated right now.

The Green Bay Packers veteran RB Aaron Jones may be averaging 6.3 YPC, but he has only mustered out two total touchdowns this season. It’s well-noted that the bowling ball AJ Dillon hasn’t been a friendly face to Jones, as well. Dillon has had 63 carries on the season thus far. It doesn’t appear that Jones’s all-around ability can help him return to the Pro Bowl.

The New York Jets RB group is whole-heartedly led by former Iowa State legend Breece Hall, who set the franchise record for total yards (197) in a game by a Jets rookie last Sunday. Hall Meanwhile, the 2021 fourth-round draft pick Michael Carter hasn’t been a fabulous RB (158 rushing yds, 3.4 YPC, and 2 rushing TDs). Hall has 56 carries, while Carter has 47 so far.

It seemed like the Broncos were in possession of a lethal 1-2 punch at RB after Melvin Gordon re-signed this off-season. Well, father time may be finally catching up to the former Wisconsin legend. Gordon has sadly run for one touchdown on the season and 193 rushing yards (while averaging 3.7 YPC). Javonte Williams will be out for the season, so perhaps Gordon can find a way to be more effective with a larger load.

It’s hard to ignore the lack of positive direction from Najee Harris right now. He ran for 20 yards on 11 carries last week & he’s also accumulated 222 rushing yds on 69 rushes, too. Furthermore, he’s only notched 1 rushing TD. It doesn’t appear that he will return to being a 1,200+ yard runner & Pro Bowler soon.

The star RB for Cincy, Joe Mixon, hasn’t been his usual powerful self this season, to say the least. Mixon has merely run for 302 yards on 96 carries & 1 TD. His offensive line that added Alex Cappa and La’el Collins this prior summer hasn’t been a positive asset to his abilities, too. I hope the continuity between the Bengals OL can improve soon. Dynasty owners of Mixon may want to be bold with him, too.