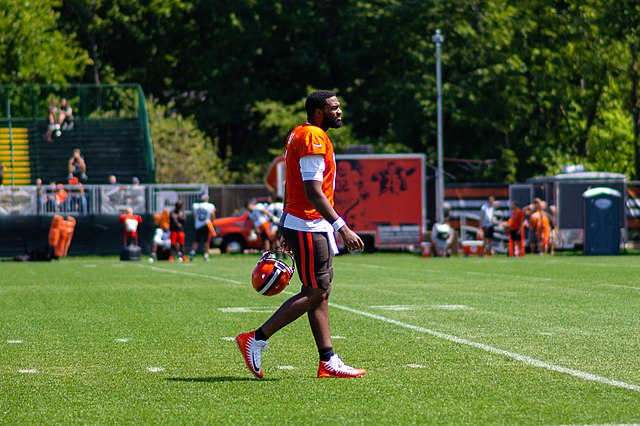 After it was announced that the once-darkhorse MVP and controversial QB Deshaun Watson would be suspended for 11 games, the Dog Pound made it clear they were depending on Jacoby Brissett to be their savior. Brissett has honestly been efficient, but he hasn’t been an overly electric signal-caller. In the 2022 season thus far, the former Indianapolis Colts QB has merely registered 1,060 passing yards with five passing touchdowns to three interceptions. With that said, an intriguing question surrounds the “Browns QB1”: Is Brissett overrated? I believe the answer to my prior question is a resounding yes.

It’s hard to deny that Brissett’s lack of a dangerous ceiling isn’t a reason that the Browns have lost to the Atlanta Falcons and the New York Jets this (besides losing to LA) season. He unveiled one passing touchdown against the Falcons & zero touchdowns against the Jets. It should also be noted that Brissett has somehow only thrown for more than one touchdown in 1 game this season. His rushing ability hasn’t been a secret weapon, too (one rushing TD on the season).

I sincerely don’t feel an amount of bliss for Brissett — who faces a Bill Belichick-led defense in a few days. After Week 6, Brissett will square off against the New England Patriots, the Baltimore Ravens, the Miami Dolphins, the Buffalo Bills, and then the Tampa Bay Buccaneers. It may be wise for Kevin Stefanski to not only incorporate more magic from Nick Chubb & Kareem Hunt but to keep a close eye on the development of their Elon Musk-like quarterback, Joshua Dobbs. If the Browns drop a couple of more contests in a row, it wouldn’t be shocking to see Dobbs get the nod to be the QB1.