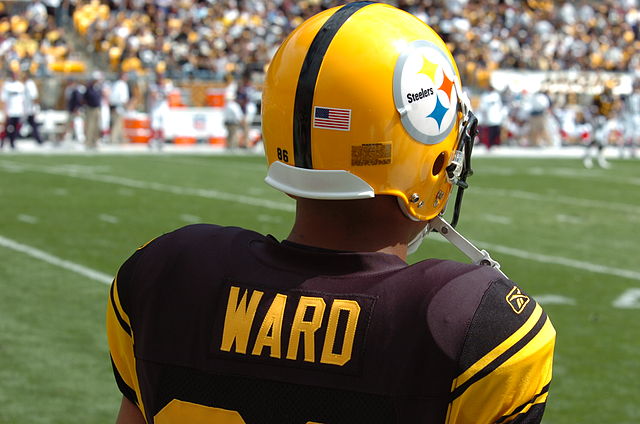 Will Hines Ward be cast into Canton?

The always gutsy Hines Ward hung up his cleats in the 2012 off-season — after enjoying a rich 14-year career. The Steelers wideout that has only missed seven contests in his career could block extremely well & be a consistent threat from the wide receiver spot. Ward accumulated 1,000 catches, 12,083 receiving yards, and 85 touchdowns in his Steelers journey. Let’s not forget that Ward was named Super Bowl XL MVP, too.

With that said, a fascinating, grandiose question surrounds the Steelers WR: Is Ward a future Hall of Famer?

I honestly don’t foresee “the Steelers legend” ending in football heaven. He only has registered four Pro Bowl nods & he has never been named All-Pro in his career. Julian Edelman was named Super Bowl LII MVP, but it’s also clear that he wasn’t anywhere close to possessing a HOF career. The NFL world can’t place the two wideouts on a pedestal for that achievement.

Besides being crowned the mighty SB MVP, Ward has garnered numerous Lombardi trophies. His respect for being a part of so many Lombardi trophies combined with quality (but not elite) career production could give him a slimmer of hope way in the future. It’s clear that Mike Tomlin believes that Ward should end up in Canton, but there may be bias in play. I and most of the football world don’t anticipate that Ward will garner a gold jacket anytime soon.