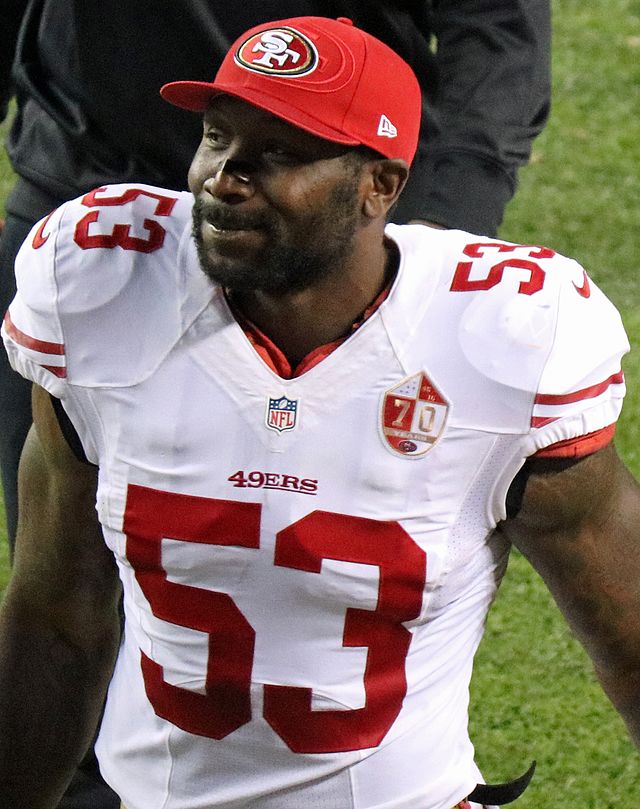 Will Navorro Bowman be cast into Canton?

The NFL Hall of Fame is one of the most prestigious places you can have your name placed, and is easily the biggest goal for all NFL players aside from potentially a Super Bowl MVP.  NaVorro Bowman is one such player who could make it into the hall, and enshrine his legacy in the NFL forever.  In this article, I will be going over whether or not he deserves to be in the Hall of Fame when he becomes eligible next year.

One of the most impressive numbers in Bowman’s career was his tackles, even more so his solo tackles.  In his career of 8 seasons, he racked up 798 tackles, and in this span he only played in 99 games, starting in 84.  This means he averaged just over 8 tackles in every game he played, which is extremely high efficiency.  Other than tackles, he had 5 interceptions, 30 pass deflections, 9 forced fumbles, 6 fumble recoveries, 14 sacks, 48 tackles for loss, and 30 QB hits.

In the accolades department, Bowman had 3 pro bowls, 4 first-team all-pro appearances, led the league in tackles in 2015, and was the reason for the NaVorro Bowman Rule.  This allowed officials to review the recovery of a loose ball.

Should NaVorro make the Hall of Fame?

It is hard to truly make a case for Bowman looking at his production long term, as he did only play 7 seasons healthy, and only 5 of which did he play in all 16 games.  But his efficiency on the field and production when playing is what makes his case debatable, as it did with Calvin Johnson in his 9 seasons.  I would say, as of right now, with his impact made on the team, he should at least be considered for the Hall of Fame, but definitely not first ballot.  He is right on the border of what I tend to consider Hall of Fame level production, so I understand if he makes it in 2023 or onwards, but also if he does not make it at all.