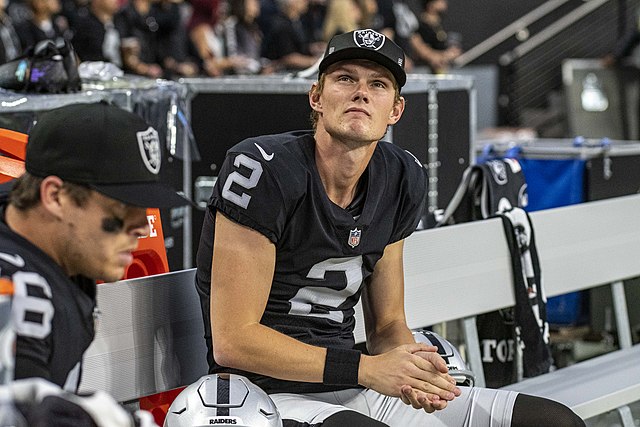 The Las Vegas Raiders undoubtedly aren’t a scary Halloween face at the cusp of 2-5. The tale of Josh McDaniels blundering out of Bill Belichick’s kingdom has continued.

After McDaniels was canned from his HC gig with the Denver Broncos, the former sage to Tom Brady has had a miserable start with LV in 2022. With that enunciated, it would be far from a surprise if the Raiders cut ties with McDaniels. Hence, I’m going to untwine potential head coach candidates for the Las Vegas Raiders in 2023.

A mastermind behind Patrick Mahomes’s unearhtly success should eventually land an HC offer. Bieniemy hasn’t only helped Mahomes win a Super Bowl and MVP trophy, but he’s assisted Mahomes in being a cream-of-the-crop QB without Tyreek Hill. With Carr, Josh Jacobs, Davante Adams, and Darren Waller, it would still be wise to prioritize an offensive-minded, ring-leader.

Sean Payton may be in love with the Los Angeles Chargers, but the Raiders have to in his list of Top-3 crushes. Payton will be able to do wonders with the Raiders passing offense & he could enjoy the benefits of a very passionate fan base in the sin city (similar to the Big Easy). Although, he would need to jolt the Raiders defense — as he also constantly needed to improve the Saints defense.

The fiery (to say the least) mind behind Josh Allen, Ken Dorsey, has been unbelievable this season. The Bills rank second in PPG, sixth in passing yards, and second in passing touchdowns. Dorsey doesn’t have the same breath of experience as Payton, but he will be an attractive target for many teams in the 2023 off-season — especially if he obtains a Super Bowl ring.

Jim Caldwell is still a very sharp football mind and he will certainly be an HC candidate in 2023 — as SideLion report noted. Caldwell was almost the Bears HC in 2022, but they opted to ride with Matt Eberflus. Caldwell has a modest career record of 62-50.

Mike Zimmer could bring a lot of energy to the Raiders defense — which already carries impressive edge rushers like Maxx Crosby & Chandler Jones. The Raiders could potentially be more dangerous and well-balanced with a defensive mind like Zimmer (who could make a significant difference to the defense), while a heap of talent remains on offense.