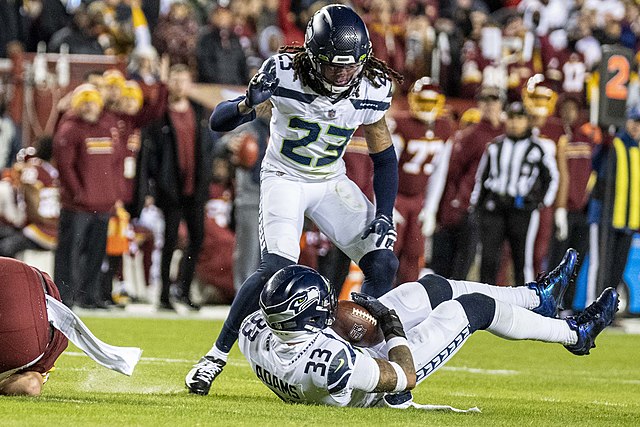 Will Jamal Adams be cast into Canton?

The polarizing and somewhat confusing Jamal Adams has enjoyed a rich career as a whole. Adams appears to be out for the remainder of this season. Of course – he also missed five contests a season ago & four games in the season prior. Nonetheless, Adams was once constantly marked as one of the top safeties in the league. He cracked a Pro Bowl nod with second-team All-Pro honors in 2018. He then proceeded to earn first-team AP honors (including a PB berth) in 2019 and then second-team AP honors w/ a PB nod in 2020.

Adams has proven to be very gifted, yet he’s also proved to be injury-prone and less impressive in pass coverage at the same time. Hence, it’s mysterious to conclude if Adams will finish on top of the food chain and garner a gold jacket, or if his best days are behind him.

I honestly believe that there is hope for Adams to be a HOF player. He recently turned 27 (three years younger than Tyrann Mathieu) on October 17th, so he has plenty of days between the white lines ahead of him. Excluding his 2022 season (1 game), he’s only missed a spot on the PB team in 2021 and in 2017 (aka his rookie season). It should be noted that his holdout with Seattle likely made a big impact in his drop-off in 2022.

I expect Adams, who unleashed 9.5 sacks (NFL record at safety) in 2020, to return healthy, in-shape, and carrying a mighty chip on his shoulder. It may also be best for him to switch teams, but that doesn’t mean that he’s not talented or that he’s “washed up”. In Seattle, he really hasn’t been seated behind a lethal pass rush. He could benefit more from playing in Philly or Dallas.

There have been many legendary safeties that have played at an extremely high level into their early 30s — such as Ed Reed and Charles Woodson. It wouldn’t be a surprise if Adams gets back on the correct treadmill and wreaks havoc for five more seasons.