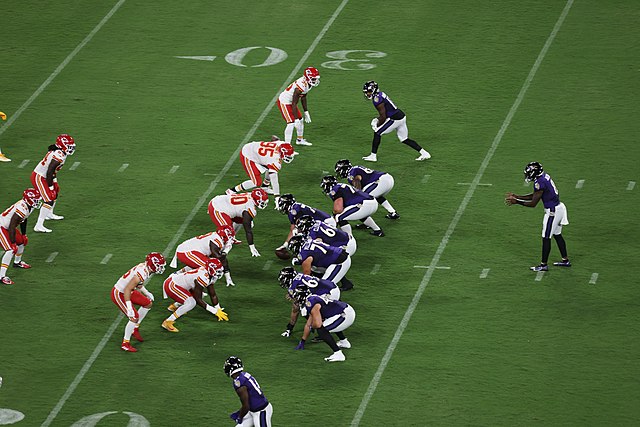 Who will win MVP this season?

The dual-threat quarterback for the Baltimore Ravens & Michael Vick stan, Lamar Jackson, is preparing to unleash havoc against the New Orleans Saints. Jackson was on another level in his first three starts in 2022 by throwing at least three passing touchdowns in each contest. Since his showdown against the New England Patriots, Jackson has failed to throw more than a few touchdowns in a single game. So, is Jackson still capable of being an unearhtly signal-caller & winning MVP for the second time in his career?

At this moment, I believe the answer to the previous question is yes. Jackson still sits fourth in the league in passing touchdowns & he is also sitting shiny at the top of his AFC North division. Jackson may have slipped out of the Top-3 MVP favorite group chat, but the once face of Madden can still insert himself back as the MVP favorite.

In my opinion, the AC/DC war Lamar Jackson-Baltimore Ravens contract negotiations are still in Jackson’s favor.

The Lamar Jackson-led squad also has an extremely favorable schedule ahead. They play the newfound confident New Orleans Saints defense in Week 9 on Monday Night Football, who shut out the Las Vegas Raiders last week, but it’s smooth sailing for BAL after their spar with Who Dat Nation. They battle the (2-6) Carolina Panthers in Week 11, the (2-6) Jacksonville Jaguars in Week 12, the (3-5) Denver Broncos in Week 13, the (2-6) Pittsburgh Steelers in Week 14, the (3-5) Cleveland Browns in Week 15, the (4-4) Atlanta Falcons in Week 16, the (2-6) Pittsburgh Steelers in Week 17, & the (4-4) Cincinnati Bengals in Week 18. It should be stated that LJ has already beaten the Bengals & the Browns this season. I believe that the Saints squad which is full of bliss and preparing to face Jackson in the dome could defeat the Ravens QB, but Jackson could honestly win the remainder of his match-ups after Week 9.

The MVP race is up in the air between Jalen Hurts, Josh Allen, Patrick Mahomes, and Lamar Jackson. Hurts has yet to taste defeat, while he is also third in passer rating. Of course, Josh Allen is still blazing hot with 19 passing touchdowns and 2,138 passing yards (as he is projected to finish with 5,338 passing yds and 46 passing TDs this season). The Chiefs illustrious QB Patrick Mahomes, who doesn’t have Tyreek Hill, leads the NFL in passing touchdowns (20) & his squad also sits atop the NFL’s most competitive division. The first three names may have the most momentum, but let’s forget about the utterly electric, slightly more equipped Ravens dual-threat QB that will be licking his chops against nearly all his foes moving forward. It will be a non-stop, thrill ride to witness which signal-caller crosses the finish line for MVP honors at the end of the 2022-2023 season.